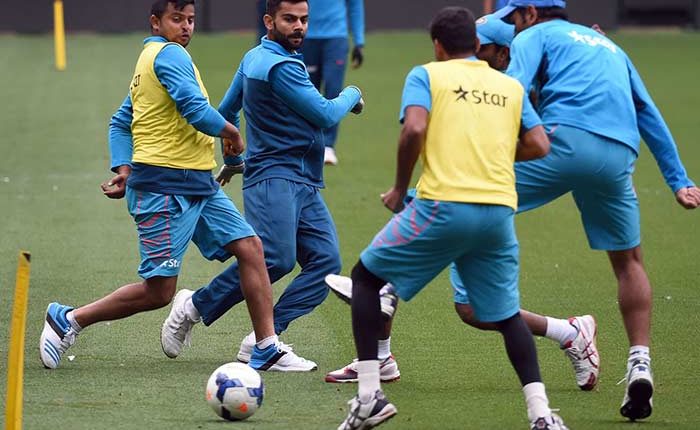 Y NOT FOOT WITH BALL?

Y not foot with ball?

Football in India is still lacking behind.148 spot in FIFA ranking in all over the world. Why is it so? After all we got the highest population in the world. when compare to Iceland they have a population of only 3.2lakhs but still they are in 29th spot in a FIFA ranking.
Yes, football may be call as the second popular game in India, after cricket but only on exceptional region such as North east, Goa, Kolkata and Kerala. These are the regions where you will find people going crazy about football.
And now our current scenario is that people are trying to improve the game of football in India such as Indian Super League (ISL). But it turns out to be a business and not at all promoting the game. People enjoying the game, no doubt about it.

The main reason behind this are the low class infrastructure, investment and also the climate. When it comes to climate it is one of the biggest hindrance where a game like football demands more of a physical involvement. Where players need to play for 90 minutes, when compare to cricket. It is called as a gentlemen game where no physical involvement is demanded in this game.
And one big reason is that people thinks that there is no future for football in India. Some people thinks that their life might get ruin if they play football for life. But cricket has a future.IT is also clearly seen that majority of people follows cricket in our country.
Another reason is that there are no proper coach and the facility to players is lacking. This is one reason that players did not give important to it. But in cricket the players get the best facilities and proper future. Indian consider the game of cricket as their own game. From winning the world cup people tent to play more cricket when compare to football. For this reason, one must try to understand the important of this game. Both the games should be given equal important and encourage all the kids to play more football so that we will be able to have players in future. To challenge with other countries, one must have a strong squad.

SO, GUYS LETS PLAY CRICKET AS WELL AS FOOTBALL

Hello i am LAKHON DKHAR Currently pursuing 3rd semester MBA(marketing) from GIBS Bangalore.I am very enthusiastic to learn more and face with any challenges.