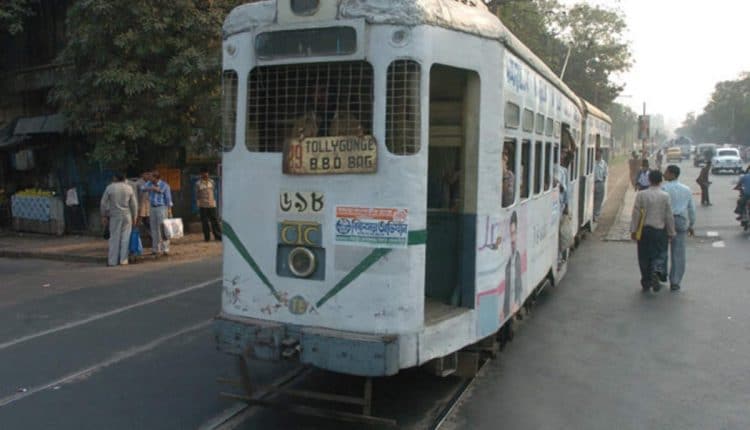 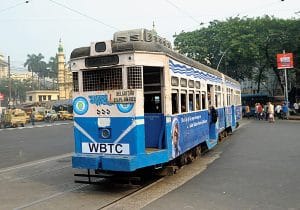 Is it possible to imagine Kolkata without its Rasogullas? Not at all. Then it is also not possible to imagine this Kolkata without its iconic trams. That crisscross of the trams across the city on the iron tramways is an inherent part of the vibrant culture and rich heritage “City of Joy” Kolkata.  The rumbling sound and ringing bells of trams around the city are truly pleasing.

In 1873 the first attempt to run a 2.4-mile (3.9 km) tramway service between Sealdah and Armenian Ghat Street was made. The services of the tram were stopped for seven years as there was a lack of patrons but in 1880 trams resumed back. In 1902 introduction of electric trams came as a revolution and since then it led to the birth of the Kolkata Tram. It was the first electric tram in Asia that ran in Kolkata between Esplanade and Kidderpore. After that, the tracks were extended, and service from Esplanade to Kalighat was introduced.

Soon after this, the trams were connected to different other routes.

In February 1943, the Calcutta and Howrah sections were connected by the Howrah Bridge. With this extension, the tram became the first vehicle to cross over the newly constructed Howrah Bridge in 1946.

In 2014, the Kolkata Tram museum was inaugurated with the name ‘Samaranika’. It is made within the vintage tram built-in 1938. There are two compartments. It has a vestibule that helps the visitors to move from one compartment to another. With one compartment has a modified cafeteria, the other one showcase the interesting memorabilia of the old and present-day trams. Visit this tram museum within the tram is quite an enchanting experience.

Tram as a rescued Heritage

British introduced trams in Bombay, Delhi, Madras, and Karachi but these cities do not have trams anymore. But trams in Kolkata there still exist the old-world charm and are not rolled down into the sunset. But the quaint tram is often seen as an eyesore in the fast transport needs for the city. So, trams are immemorial heritage and the pride of Kolkata city. 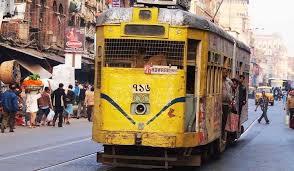 With the new innovations of the metro, the old friend of the city is somewhere left behind in the queue of transportation, moving towards its decline, but Tram does have its dedicated champions.

The trams of Kolkata have maintained their old-world charm which adds to the beauty and the history of the city of joy. It is still an important transport for many passengers for their daily commute. After the introduction of the Kolkata metro and other public transports, the tram culture has been affected but it is still the gem and the heart of the joy city of ‘Kolkata’.