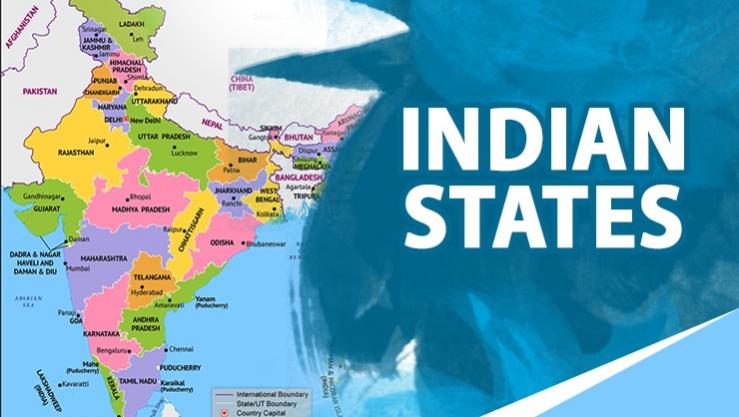 The grandeur of India is such that everyone who visits it , cannot resist falling in love with it. With an interesting history and vibrant culture , it also has it’s amazing states. Each state offers a revived experience of its own unique tradition and specialties.

JAMMU AND KASHMIR – Beautiful home to the house boats.

Known for production of Cricket Bats and Pashmina Shawls

UTTAR PRADESH – It produces half of the country’s sugarcane.  The population of Uttar Pradesh is more than the whole of Brazil.

IHAR – One of India’s best types of potato, called the seed potato, is grown here. These potatoes make the best chips ever. Patna has the world’s longest Wi- fi range of 20 kms. Bihar produces highest no of IAS and IPS officers.

HARYANA – Kurukshetra is immensely popular as the battle place because the

battle of Mahabharat was fought here.

PUNJAB – Punjab is known as the “land of five rivers”. The Jhelum ,Chenab, Ravi, Sutlej and Beas passes the plains of Punjab. Punjab is also known as ‘ Bread Basket’ of India as it is the highest producer of major crops as wheat and rice.

It is the second least corrupt state of India.

UTTARAKHAND – Home to the melting snow from mountains, beautiful waterfall and spectacular lakes . It is a home to various tribes living here for hundred of years. Jadhi, Jaunsari, Sailani, Kumaoni and Garhwali are some dialects spoken here.

RAJASTHAN – State of deserts and palaces. Rajasthan is indeed a royal class. Bandani work on fabrics is a must have.

MADHYA PRADESH – Wildife lover state . The Kanha National Park, the Bandhavgarh National Park and the Shivpuri National Park are some of where these magnificent animals can roam free and safe. Don’t forget to buy Chanderi and Maheshwari sari fabrics that are made in vibrant colours. Block prints on clothes are world famous.

GUJARAT – Gujarat is known as the safest state in India . Theplas, dhebras, puris, bajri rotlo, pooda, khakras are special Gujarati food that are famous worldwide. Gujarat is home to India’s most popular milk brand Amul. Surat is considered as the richest city in the country. It is the complete vegetarian state with highest sugar consumption in India. Navratri is the most important festival here.

CHHATTISGARH – Chhattisgarh is called ‘ rice bowl of India’ as it produces rice in aboundance. It is also known for its naxalite activities.

JHARKHAND– It looks like a restaurant with many small tables . There are more than 300 small plateaus that are scattered all around the state. The highest one has a tall granite peak known as the peak of Parasnath. Chhau is the best known dances.

TAMIL NADU- Tamil Nadu is surrounded by Bay of Bengal and the Indian Ocean lapping its shores. Tamil literature is one of the oldest in India.

KARNATAKA – It is the land of three rivers namely the Sharavati , the Krishna, the Kaveri and the Tungabhadra Entire city of Bangalore was bought by the Wodeyars from the Mughals by paying just three lakh rupees.

KERALA – Kerala is known as “ Gods Own Country” . First state to receive rainfall in India. Padmanabhaswamy temple in kerala is the richest temple in India regarding gold and silver. One of the pioneer place for ayurvedic treatment. This is the state that has highest literacy rate in India.

ANDHRA PRADESH- The designer of National Flag belongs to Andhra Pradesh. It is the home to Thimmamma Marrimanu , world’s oldest Banyan Tree that is 550 years old. In 13th century , Kohinoor Diamond was mined in Guntur in Karnataka.

TELANGANA – Telangana is the state with 31 districts. Godavari river passes through Telangana , is called Dakshin Ganga(Ganges of South). Hussain Sagar Lake in Hyderabad is famous for its ‘Heart shape’.

WEST BENGAL – Not only Bengali sweets and Durga Puja but also West Bengal is famous for giving so many brilliant writers to India such as Rabindranath Tagore who has written the national anthems of both India and Bangladesh belongs to the state. Bankim Chandra Chattopadhyay who has written India’s national song, Vande Mataram.

ASSAM – The barter fair ‘Jonbeel Mela’ is organised every year where tribal people exchange items. In Assam’s Salkuchi Village entire population is having same profession in weaving. Sualkuchi village is often called as the, “Manchester of Assam”, because of its huge cottage and textile industry.Kaziranga National Park in Assam consist about 2/3 population of world’s one horned rhino.  Assam is the world’s largest tea producing state.

SIKKIM – It is the only state of India that has 11 official languages. Sikkim is the home to the world’s third largest mountain peak KANCHENJUNGHZA. 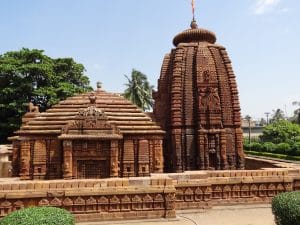 ODISHA- Odisha hosts India Surf Festival at Ramachandi Beach in Puri every year. It is the largest producer of Aluminium and Steel in India. It is a home to 62 distinct tribes. Hirakund dam is longest man-made dam in the world located in Odisha. The main centre of attraction of Odisha is the Jaggannath yatra.

MEGHALAYA – The meaning of word Meghalaya is “The adobe of clouds”. It is also called ‘Scotland of East’ because of its beauty.

TRIPURA –Tripura is connected to the rest of India with just major highway NH44. Neer Mahal is the only water palace in North East India. It’s tough to believe but in Tripura education is free for children for age group of 6years – 14years.

MIZORAM – It has second highest literacy rate after Kerala. In Mizo culture during wedding the groom pay price to girl’s family to seek her in the matrimonial alliance.

MANIPUR- Pu Ziona , a resident of .Aizwal has the world’s largest family with 39 wives , 89 children and many grandsons. It has made a record in gunnies world record.

NAGALAND – 90% population here is Christian thus the official language is English. Dimapur airport is only airport in the state which was build during world war 2 .

ARUNACHAL PRADESH – It is the largest among seven sister states in India. Twang dynasty is the largest monastery in India and the second largest in world. 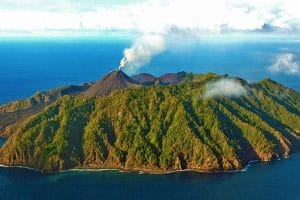 ANDAMAN AND NICOBAR ISLANDS –The languages spoken on the islands are Bengali , Hindi, Tamil, Telugu and Malayalam. Katchal Island in Andaman & Nicobar  received the first sun rise of the millennium. The only active volcano in India, the Barren Island , is present in Andaman Islands

CHANDIGARH – Chandigarh is first planned city of India. It does not have sector 13 initially. But, after 54 years, Manimajra has been renamed as “Sector 13” and  now Chandigarh also have Sector 13.

DAMAN AND DIU – Daman and Diu have literacy rate of more than 90%, it is more than the Indian national average which is nearby 75%. Daman is famous for its black sand beaches , Diu has white sand beaches and is known as ‘Mini Goa’

LAKSHADWEEP –Initially these islands were called Laccadive Islands. In 1956 they were given name of Lakshadweep Islands. Coconut is the only crop of Economic importance.

PUDUCHERRY – Pondicherry has so many temples as an American city has unending number of McDonald’s or the UK has chip shops. It has famous nickname as “ Paris of the South”.

LEH & LADDAKH – Blue Mystifying Grasslands lakes are the highest salt water lake in the world. The rare twin humped camels are found here. Laddakh is the cold dessert and home to 225 species of birds.