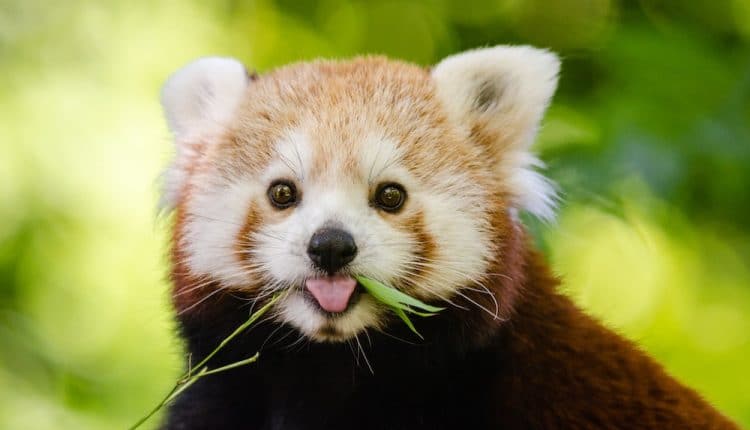 Don’t they look so cute and adorable? Just look at them! Don’t you feel like to squeeze their cheeks and tip on their little nose? With their bright saucer eyes, button noses and plump, fuzzy bodies, slow lorises — a group of small, nocturnal Asian primates — resemble adorable, living stuffed animals. But their innocuous looks belie startling aggression: They pack vicious bites loaded with flesh-rotting venom. That’s right! These cute little animals are ONE OF THE MOST VENOMOUS primates that can be found in the jungles. 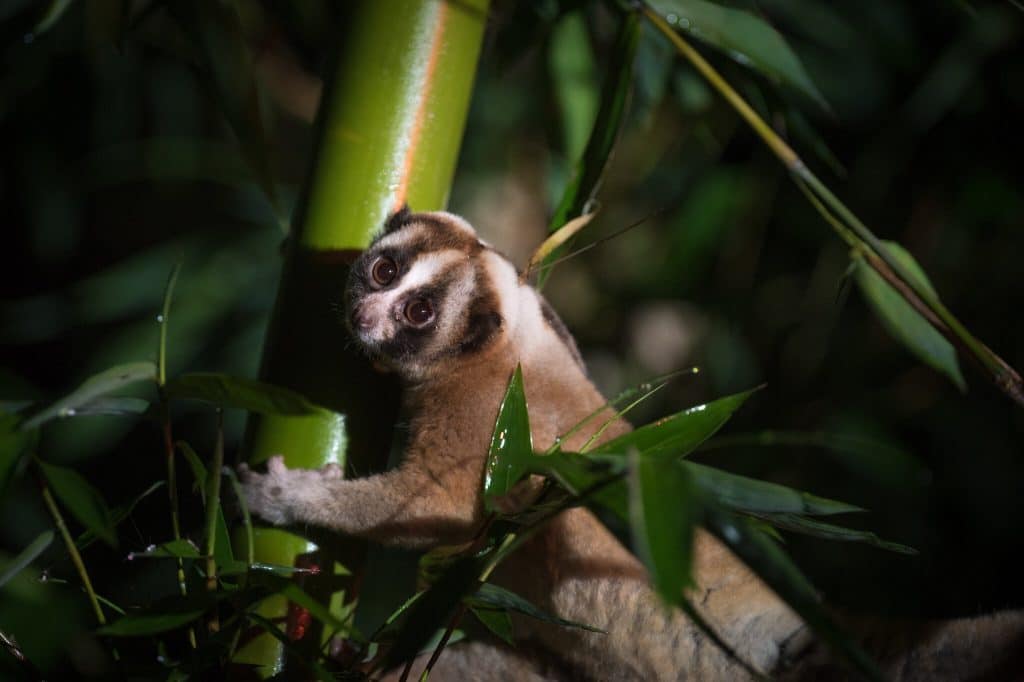 Slow lorises are YouTube stars. A quick search on the website will greet you with several videos of these endearing little primates–from a slow loris nibbling on rice cakes and bananas, to a loris holding a tiny umbrella. Lady Gaga, too, tried to feature a slow loris in one of her music videos. But the loris nipped her hard, and she
dropped her plans. This was probably for the best because the bite of a slow loris is no joke. Being the only known venomous primate in the world, its bite can quickly turn deadly. 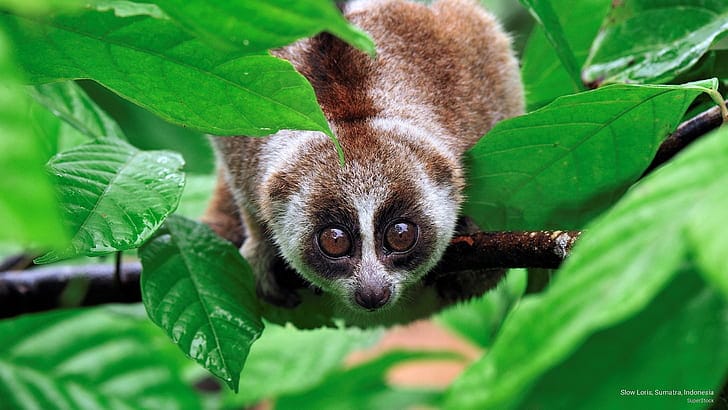 Slow Lorises is nothing like its name. Honestly, the name is an irony of their real wild
nature. Because they are beautiful to look at, there’s a huge demand for these animals in illegal animal trade routes, mostly, in Bangkok and Thailand. These animals are not slow. They can travel fast and to a long extent in search of food when they are not inside a cage. These animals are nocturnal, but when they are caged and kept in front of the light, it’s excruciating for them even to survive. They are venomous, but they have a complicated diet of fruits and small animals. But if they feel someone is attacking them, they do bite others, even their tribe. They have a robust defence mechanism.

But how much is it venomous?
Slow lorises have a nasty bite that is harmful to humans. When their teeth are still intact, they mix venom secreted from a gland inside their upper arm with saliva to deliver a venomous bite. This can cause anaphylactic shock and even death in humans. There have been cases of Necrosis too.
Which means, if they bite you, your face might get deformed or worse, death. Anaphylactic shocks are excruciatingly painful and can result in neurological disorders too. 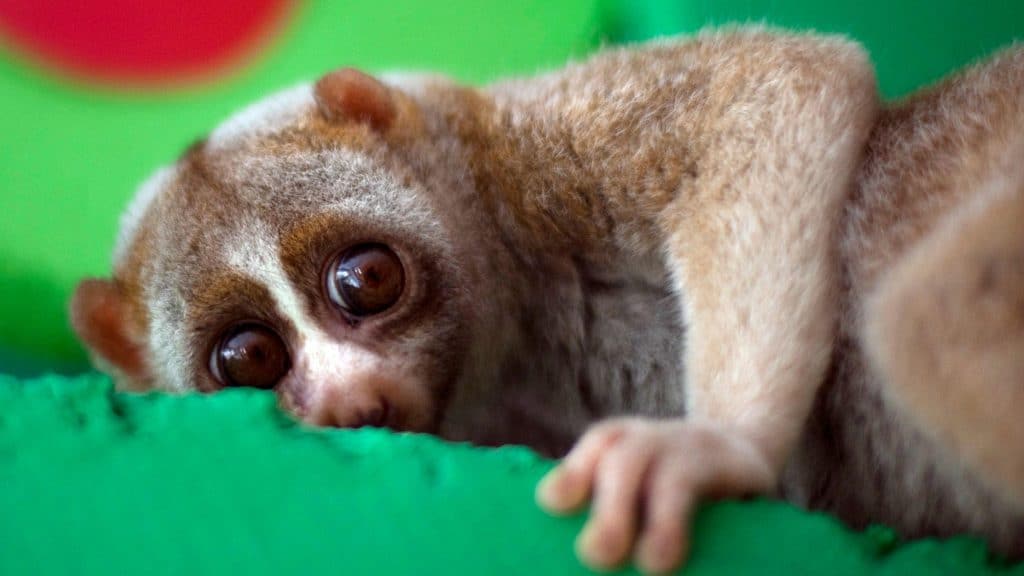 So, even though they are cute, if you see this animal in any of your wild safari, just run to the opposite direction. And if you happen to see a Slow Loris inside a cage, then call the animal control or even the Police. Do not go near these animals without proper protection.
Let’s save this animal from being an Extinct! Even though it’s venomous and has the
potential to kill us, it’s still beautiful