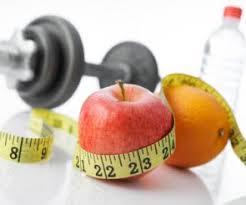 Sweat Out with Celebrities : Fitness Mantra from Top Celebs!!

In today’s world when we follow our favorite celebrity from head to toe then why not follow their secrets through which they attained fabulous and appealing bod. Celebrities just like us are busy in their monotonous routine but still, they figure out the time to remain fit as fitness is to happiness.

Just take a look on their diet plan and u might steal their fitness mantra for yourself.

We know that Bollywood is one industry where fit is fabulous. Besides their films and relationships, celebrities are often known for their strict work-out routine and diet plans. While some cling to crazy fad diets to drop pounds, others have found a way to follow a balanced and healthy lifestyle.

News flash! You too could work towards having a trimmed waist similar to Bipasha, Shilpa’s toned legs and Kareena’s inner glow as we bring you slimming secrets straight from B-TownKangana Ranuat.

Next celebrity in our list is Kangana Ranuat who has not only not only proven her mettle in acting but has also given us goals to stay fit like her, let see how she manages to lure us by fitness regime. 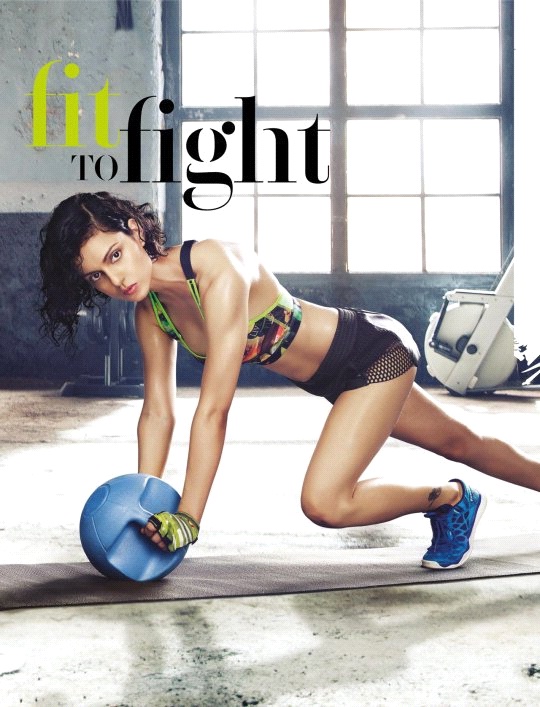 Under the supervision of fitness guru, Leena Mogra, the queen actress does strength, circuit and weight training to get the toned physique, she gives ample amount of time to the gym to maintain her appealing figure.

Just like Deepika, she also does push-ups, pull-ups, stretching, abs and lower back exercises and of-course squats and yoga

Kris Gethin is a qualified sports Therapist and Professional Natural Bodybuilder. If that doesn’t interest you, this may. He’s your hero’s hero. Hrithik Roshan recently trained under him. In one of his interviews, Hrithik shared that he incorporated a lot of cross fit and weight training in his regime. It was a 12-week transformation with Kris that brought him back to shape, he confesses. His diet mainly consisted of 100 grams of meat and some fibrous carbs like broccoli, sprouts and spinach, a cup of rice or pasta. Later he was allowed to add protein powder and eggs to his diet. After training with Kris, Hrithik lost about 10 kilos in 10 weeks! 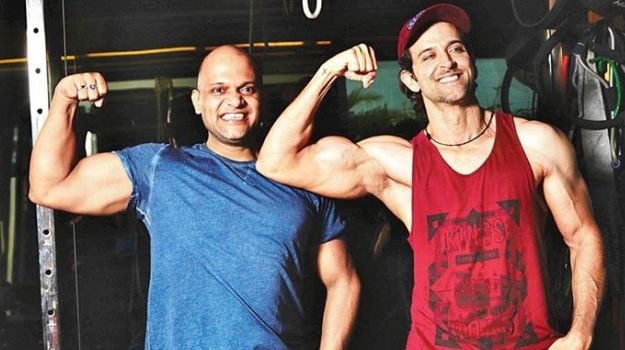 We asked Nargis about her fitness mantra, seeing what great shape she was in during the stunts of her latest Hollywood movie, Spy. “Move your butt, walk 10,000 steps, drink 2-3 liters of water every day and eat more veggies. It’s that simple,” recommends Nargis. Her fitness mantra is to have lot of fun while working out. So if you find the gym boring, try Zumba, dance or any sport. Her ‘juice cleanse diet’ became very popular. She followed a six-day juice diet and is known to have lost six kilos! She often tweets health tips on Twitter for her friends and fans. “I am a vegan, which means no dairy, no eggs, no chicken, no meat but lots of fruits, vegetables and green juices,” Mallika revealed to NDTV. The actress who is renowned for her curves has been a religious follower of kickboxing. This helps her tone the lower part of the body. 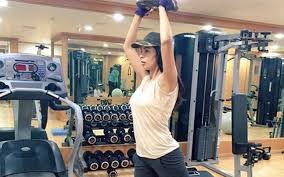 Akshay Kumar believes in staying fit the natural way. He is fond of outdoor activities like Parkour, functional training or martial arts. According to him, fitness is not about having a bulky body with biceps or abs. It is more important to eat right and exercise regularly.  He follows a strict routine, doesn’t drink or party and suggests that your last meal of the day should be around 6:30-7pm (before sunset) as your body needs at least three to four hours to digest the food before you hit the bed 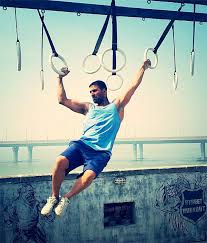 There’s much buzz about Pilates recently. It is a form of exercise inspired by Yoga which helps in building your core muscles for better posture, flexibility and balance. It focuses on muscular strength and endurance movements. Pilates sessions involve the use of props like mini ball, foam roller, magic circle (ring) and resistance bands that make them fun and challenging at the same time. Sonam switches to high-intensity cardio, jogging and swimming to break the monotony.

In one of her interviews, her trainer, Radhika Karle, shares that she does pilates three times a week. She took 45-minute sessions every evening while shooting for her movie Khoobsurat and also travelled with a Pilates Reformer, an kind of equipment used for a full body integration workout. She is known to have followed an ovo-vegetarian diet where one emphasizes on eggs for protein and excludes dairy and meat. Plug them in your daily routine and you’ll never have to worry about diet fails. 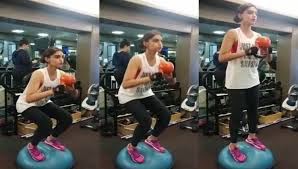 Shilpa Shetty is a known yoga enthusiast. She’s released three CD’S showing how to practice yoga and pranayama correctly. She gained back her enviable slender shape within 10 months of giving birth to her son. In one of her interviews, she suggested that new moms should exercise atleast an hour for 4 to 5 days in a week and eat right to get back in shape. Besides yoga, she devotes some time to strength training and cardio for a day or two in a week. She also likes to meditate for 10 minutes every day to calm her body. On her YouTube channel, she has several videos displaying various yoga asanas for weight loss, strength and flexibility. 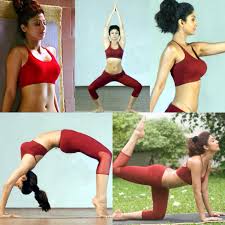 Everyone who loves this Bong beauty knows that she’s a fitness fiend. A body like hers is every girl’s dream but know that there is a lot of work that goes behind it. Bipasha follows a hardcore regime. She changes her fitness routine regularly and doesn’t stick to one form of exercise. According to her, discipline and hardwork are the key to a fit body. 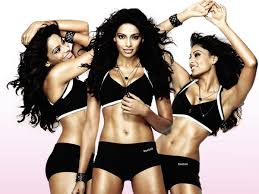 Having worked with celebrity trainer, Deanne Panday, she has released two fitness DVD’s which are quite inspiring with rigorous workout sessions. You may fear that the weight training can make you bulky but instead we need to add some of it into our routine to strengthen our bone density. It helps in toning those areas that flap and aren’t as tight. In one of her interviews she revealed that she’s given up on red meat, rice and junk food. Leafy green veggies, chicken, dal, fish, nuts, seeds, yogurts and sprouts are staples in her diet. She advises that with such a routine it is essential to keep your body well hydrated – load up on water and juices.

At a recent book launch Katrina Kaif revealed that keeps altering her diet and fitness plans according to roles she plays in different movies. “My diet and fitness mantra depends on what I want to achieve, whatever role or the desired result is. So, whether you want to look little more toned or want a more athletic look, you want to look very thin for a role, or you want just look normal like a soft woman who does not want too much of definition, I change the plan accordingly,” she was quoted saying.

She shuffles between Pilates or functional training. “I pretty much try to follow a sensible way of eating and just do the things we all get to know are good for us.” 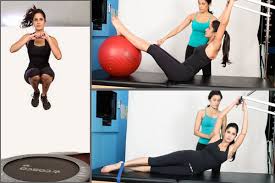 The young and petite Alia Bhatt focuses on eating properly. “My only mantra is to eat healthily and properly. The most important is to feed yourself right kind of nutrition, right rest and you have to feel internally happy. What will be the point of working out if I will be sitting down and doing nothing? You have to feel internally happy and positive,” Alia shared at the recent book launch. 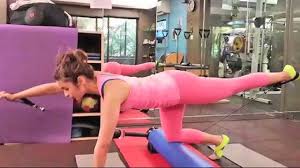