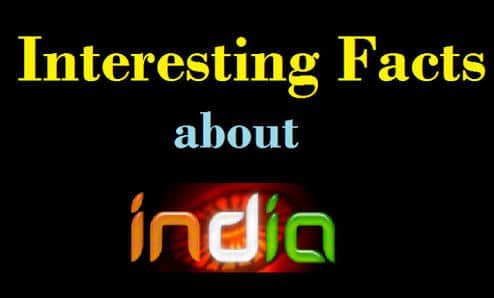 1. World’s Only Floating Post Office in Dal Lake in Srinagar .

India is known for having the most significant number of post offices in the world, but it has its very unique post office also which is a floating post office , based on Dal Lake in Srinagar(Kashmir). Perched on a houseboat, it also includes a philately museum within itself.

2. The wettest inhabited place in the world.

Mawsynram, a village on the Khasi Hills, Meghalaya, receives the highest recorded average rainfall in the world. Cherrapunji, is a beautiful place in Meghalaya, that holds the record for having the most rainfall in the year of 1861.

3. The highest cricket ground in the world

India has the world’s largest cricket ground in Chail district of Himachal Pradesh. The Chail Cricket Ground was built in 1893 and is a part of the Chail Military School. It is 2,444 meters long. During school vacations it is also used for Polo. There is a well maintained Basketball court as well as there are goal posts for football.

4. India has a spa just for elephants

Kerala has a long history when it comes to bonding with elephants. It has set up an elephant spa in Guruvayur and associated with Guruvayur temple where elephants play a vital role in temple processions. . Dozens of these pampered and can be seen enjoying lavishing spas, scrubs, massages, and nutritious eatery at the Punnathur Kotta Elephant.

5. Varanasi , 5000 years old,  is one of The Oldest Inhabited Places in the World

Situated on the banks of river Ganges , the holy city of Banaras or Varanasi is at least 3000 years old. According to Hindu Mythology, Lord Shiva found this city 5000 years ago.

The word ‘shampoo‘ itself has been derived from the Sanskrit word champu, which means to massage.

Shampoo was invented in India, as the method by use of herbs.

Earlier known as Moksha Patamu, the Snake and Ladder game was initially invented as a moral lesson about karma to be taught to children.

Now it has become most popular indoor game among children.

7. India is the first country to consume sugar

ndia was the first country to develop extraction and purifying techniques of sugar.

Many visitors from abroad learnt the refining and cultivation of sugar from us.

8. The world’s largest producer of milk

India is the world’s largest milk producer, with 22 percent of global production, followed by the United States of America, China, Pakistan and Brazil.

Its dairy herd, also the largest in the world, has the biggest herds of both dairy cattle and water buffalo.

9. India has largest number of vegetarians in the world

India has highest number of vegetarian people in the world. About 38% of India’s population is vegetarian. It is not because of the religions only but also by the choice of people.

10. Shani Shingnapur is Village in India with no locks and no Doors!

Houses have no doors , shops are not locked , still people feel safe . This is a village in Maharashtra where people they believe Lord Shani to be the guardian of the town. Thus the whole village lives without the doors at their houses.