2 days non stop coding event  Rajasthan Hackathon 2.0 at kota by Rajasthan government comes to an end with CM of Rajasthan Vasundhara Raje announced winners on 18 Aug 2017 at the event.

The event started on 17 Aug 2017 at kota with more than 280 teams participating from around India.

Rajasthan Hackathon 2017 is one of its kind initiatives for the promotion of Information Technology and E-governance. The purpose of Hackathon is to give a platform to enterprising youth, startups & entrepreneurs across the nation and use their out-of-the-box thinking on Bhamashah, e-Mitra, Artificial Intelligence, Internet of Things, AR/VR and Blockchain.

The top three winning teams will earn a contract with Department of Information Technology & Communication, Government of Rajasthan worth Rs.15 Lacs, Rs.10 Lacs and Rs.7.5 Lacs. Along with this, the participants would also be nominated for 10 other prize categories which would include exciting prizes like tablet, ipad, cell phones and many more.The three best solution providing teams shall be given an opportunity to work with Department of Information Technology and Communication (DoIT&C) and earn an entry project.

The competition started with online idea submission where more than 10,000 students submitted their ideas on the given topics.Out of them 280 teams were selected. The competition started on 17 Aug and ended on 18 Aug where students coded to make  their idea alive. CM of Rajasthan was the Chief Guest of the programme. She gave away the prizes to the top 3 Ideas with cash amount of up to Rs. 32.5Lakh and even assured them help of up to 1crore to make their projects which can be used for the benefits of Rajasthan people. 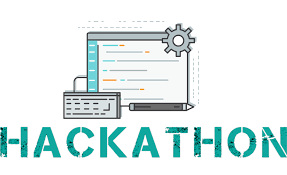 Gifts by CM to the state:

At the event CM urged students to be more digital and use new ideas which can be used in the development of our state and our country. She started a new startup platform called iSTART through which startups can get their funding at an early stage. This is the first startup platform in Rajasthan. It will provide end to end startup solutions. She also launched RAJASTHAN STACK  a portal for the public. She also launched an initiative to provide email and e-vault to all the citizens of the state. Rajasthan is the first state to launch this scheme.

Rajasthan Hackathon 3.0 to be at Udaipur in the month of Aug-Sep next year.