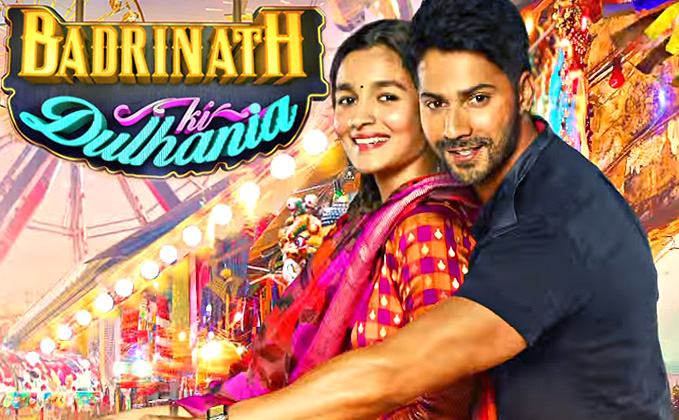 If the trailer of Badrinath Ki Dulhania was exciting for you, then its title track would definitely force you to wear your dancing shoes and drench yourself in a festive mood with Badri aka Varun Dhawan and Vaidehi aka Alia Bhatt. Badrinath Ki Dulhania’s latest song is out and it has everything that you would expect from a Bollywood masala dance number, especially during Holi.

So far, we’ve had several films and superstars giving us Holi numbers. Be it Amitabh Bachchan’s “Rang Barse” or Deepika Padukone’s “Balam Pichkari,” over the years, the festival of colors has remained an integral part of our films and never kept Bollywood aloof from the typical ‘latkas-jhatkas.’ Now, it is the turn of Alia and Varun who are adding spunk to the festival, but in their own style, making Badrinath Ki Dulhania’s title track, and even the film, worth the wait.

The song has been sung by Neha Kakkar Dev Negi, Monali Thakur and Ikka. The composer of the song is Tanishk Bagchi and lyrics have been written by Shabbir Ahmed.

The trailer had already left us impressed. The actors have done an amazing job in keeping up with the accent and flavour of their small-town characters throughout the trailer, which leaves us wanting some more from their energy driven performances. And before the film releases, here is the song for you.

Badrinath Ki Dulhania is a spinoff of its prequel Humpty Sharma Ki Dulhania which released in 2014. The film, which reprises its star cast, marks the third film of Alia and Varun together.

Alia and Varun started off their careers with Student Of The Year and since then, both the actors have been doing some remarkable work. Now, it is to be seen if they will recreate their magic and chemistry on the screen with Badrinath Ki Dulhania too. The film releases on March 10.