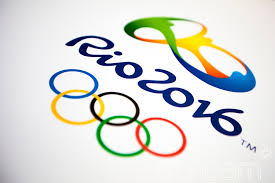 Olympics, the place where boys become men ,girls become women in which an athletic can shine all over the world within 10 seconds. This is the place where champions will evolve and mesmerize all the viewers and exhibit skills at top notch.
India, a country with1.2 billion population had just won 28 medals till now, where as a player named Michel Phelps had won 26 medals .From this we analyse the performance of India. India entered RIO-2016 Olympics hoping at least doubled fingered medals where we only have two golden Athletes PV Sindu for Badminton and Sakhsi Malik for Wrestling who disappointed total India by bringing silver and bronze medals respectively.
Indian’s had a lot of hope in shooting ,boxing ,archery and tennis where we returned with empty hands. When a Indian girl is playing tennis with short skirt, it will become a big issue. For this incident ,i remember a day where i was watching the performance of Deepa Karmakar with my brother. When she lost that match ,my brother told “With such type of dress our Indians can never win a medal in Olympics” Till now ,i am unable to understand the relation between winning a medal and girls Attire. parents
Indians can never know “what a sport can bring to our country” .India has a lot of talent where our parents are crushing these young talents at corporate schools. Indian look at sports like a thing that spoil education .For Example, We have Michael phelps,Ussain bolt but they are not working in any MNCor in a corporate hospital. Indian look at sports like a thing that spoil education .Even before baby birth ,in mother womb only they will decide the future of the baby. With this attitude towards sports ,We Indians can never win a medal in Olympics . To win a medal in Olympics is not a easy task, it takes lot of struggle ,years of practice and a die-hard determination.
Finally, I conclude that , Indians tell that we are born for freedom but it’s not happening actually especially girls. Give us freedom then we will show the world what Indians are. For this parents ,politics, attitude ,schools, curriculum of India should change. Then hopefully Indians can able to compete with other countries in sports as well.

I,Being a feminist from this article want to tell about a girl in Indian society ,they way girls are treated and what are the changes needed.