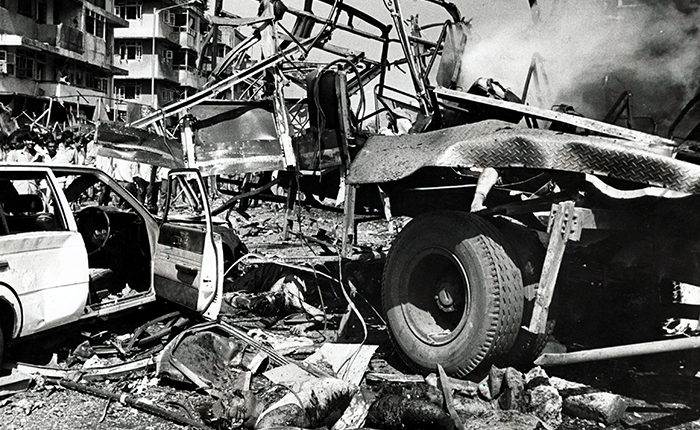 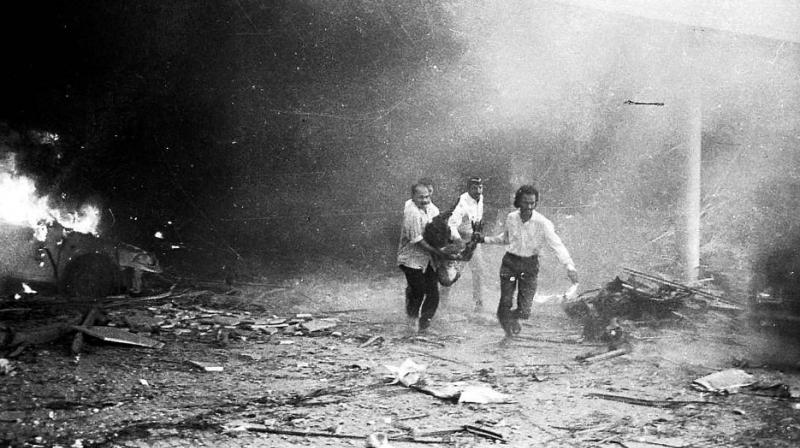 Khan is an aide of gangster Abu Salem, who is currently lodged in Taloja Central Jail in Raigad, and was found guilty by a TADA court on Friday for transporting weapons from Gujarat to Mumbai ahead of the 1993 serial blasts.

Police said Khan has phone numbers of Bollywood bigwigs on his mobile phone and was in touch with his underworld contacts.

Gangster Abu Salem, convicted for his role in the 1993 Mumbai blasts case, has moved a European Union court in a bid to have himself sent back to Portugal from where he was extradited to India to face the trial.

Salem moved the European Union court months before his conviction in the 1993 Mumbai blasts case early this week.

“We have moved the European Court of Human Rights (ECHR), a court under European Union seeking his recall to Portugal as there were many violations to his extradition order,” his lawyer Sabha Qureshi said.

Salem contended that after the Portugal court terminated the 2014 order for his extradition, his entire trial in India has become illegal. 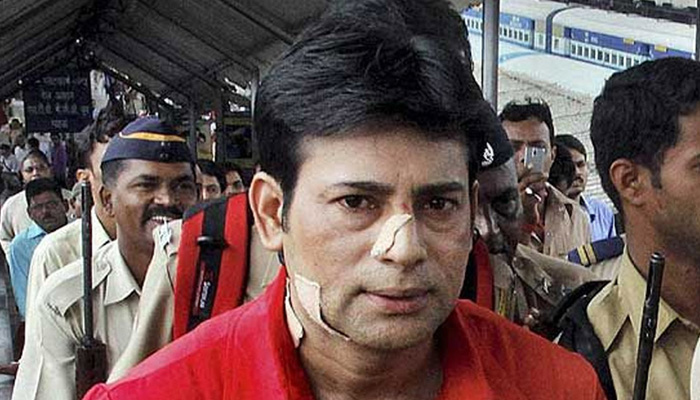 At 1:30 p.m. a powerful car bomb exploded in the basement of the Bombay Stock Exchange building. The 28-story office building housing the exchange was severely damaged, and many nearby office buildings also suffered some damage. About 50 were killed by this explosion. About 30 minutes later, another car bomb exploded in front of the Mandvi Branch Corporation Bank near Masjid, and from 1:30 p.m. to 3:40 p.m. a total of 12 bombs exploded throughout Mumbai. Most of the bombs were car bombs, but some were in scooters.

Three hotels, the Hotel Sea Rock, Hotel Juhu Centaur, and Hotel Airport Centaur, were targeted by suitcase bombs left in rooms booked by the perpetrators. Banks, the regional passport office, the Air India Building, and a major shopping complex were also hit. Bombs exploded at Zaveri Bazaar, area opposite of Century Bazaar, Katha Bazaar, Sena Bhavan, and Plaza Theatre. A jeep-bomb at the Century Bazaar exploded.[ Grenades were also thrown at Sahar International Airport and at Fishermen’s Colony, apparently targeting people at the latter.A double decker bus was very badly damaged in one of the explosions and that single incident accounted for the greatest loss of life – perhaps up to ninety people were killed.