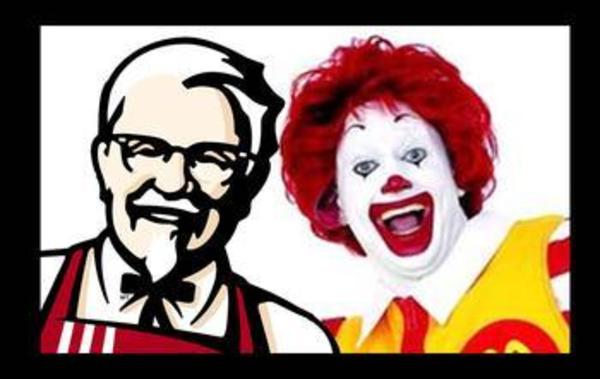 Patanjali has broken the stranglehold of multinational companies, Patanjali is considering to enter the restaurant business to counter rise of foreign firms such as McDonald and KFC.

Baba Ramdev took yoga to the masses, and has built a consumer business that is challenging Nestle, Unilever and Colgate. Now, he wants to go after junk food chains such as McDonald and KFC.

Patanjali Ayurveda Ltd., which has taken on the likes of Unilever with its range of natural and ayurveda nutrition and personal-care products, plans to enter the restaurant business in India and compete with McDonald Corp., Kentucky Fried Chicken Corp. and Subway Restaurants. The company, based in the north Indian state of Uttarakhand, is working on an extensive plan to start a restaurant chain, Baba Ramdev a yoga guru and the face of Patanjali Ayurveda.

Ayurveda is based on a belief that health and wellness depend on a balance of mind, body and spirit, and can include the use of herbal compounds and special diets.

Ramdev has often spoken about denouncing products that are made and sold by multinational companies. Even the restaurant business, when it happens, will be a part of that plan. He has been leading a swadeshi (nationalism) campaign for the past couple of years, which talks about using traditional Indian products — from healthcare to medicines, and food to personal care products.

Patanjali will increase competition in an already crowded food retailing space in India. Food accounts for about 57 percent of India total retail business and the market is expected to more than triple to 71 trillion rupees ($1.1 trillion) by 2025, according to India Food Forum, a retail-exhibition platform.

“There are already many restaurant, subways that are good. A players in food system and even a strong player like Dominos is also struggling for growth”. Patanjali Ayurved has the ability to generate buzz initially though it probably doesn’t have a sustainable competitive advantage in the Quick Service Restaurants space, which requires high capital expenditures.

On the back of ayurvedic and natural products, Ramdev has built an empire which made Rs 5,000 crore in revenue in 2015-16, and is eying Rs. 1 trillion in the next one decade. He has bought land to set up factories and has established a robust supply chain to take the products to masses.

Ramdev spoke of five new project initiatives of the company which included setting up mega production units at several places, including Noida, Nagpur, and Indore.

Indian dietary customs prevent them from eating cows which is considered holy. That is why the fast food market in India has not picked up. It was estimated to be $2.5 billion in 2013 as per a study done by Technopak and was estimated to reach $8 billion by 2020.

There is nothing tastier and healthier than vegetarian Indian food