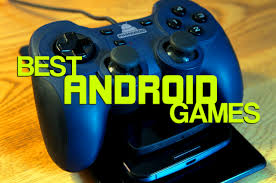 AdventureQuest 3D is one of the newer multiplayer games on mobile. It’s an MMORPG. It features most of the stuff that you’d expect. There are tons of quests to do, various classes, raid bosses, dungeons, and there is even some crafting. What makes this one stand out is that it has complete cross-platform support. You can play it on mobile or on PC if you prefer. There are chats, raids, and even PvP that you can play with other people. There have been a few hiccups since its release. However, it’s a solid option overall.

2.Asphalt Xtreme
Gameloft’s Asphalt series has some of the most popular multiplayer games out there. They’re also among the best racing games. Asphalt Xtreme is the latest game in the series. You drive off-road vehicles over a variety of different courses. It features over 50 vehicles to race with. Additionally, it comes with real-time multiplayer, tons of tracks, vehicle customizations, and more. It also boasts over 300 career events, 1100 challenges, and a plethora of limited time events that change every week. The menus in Asphalt games are generally pretty bad, but the actual game play mechanics are good.

3.BADLAND
BADLAND is one of the most popular platform games out there. As it turns out, it’s also one of the better multiplayer games. Your goal is to move a forest dweller through a series of mazes and puzzles. The screen moves whether or not you do. Thus, you must move quickly. Otherwise you lose the game. The multiplayer is surprisingly robust. It can handle up to four players and also supports custom level designs. It also has support for Android TV. We don’t know how much longer this one will have support. Surprisingly, BADLAND 2 is out. It’s not half bad, but for now the multiplayer functionality in the original is still better.

4.Critical Ops
Critical Ops is a first person shooter. The premise is fairly traditional. There is a bunch of terrorist threats. Your job is to wipe them out. Alternatively, you can play as the terrorists and wreak as much havoc as possible. It features multiplayer combat similar to other FPS games. However, unlike them, this game has no in-app purchases that can affect game play. You can buy customizations for your gear and character and that’s it. It’s one of the better multiplayer games for those who just want to compete with skill.

5.Hearthstone
Hearthstone is a card-dueling game. Your goal is to build a deck with various cards and then duel other players online. There is an option to test your decks against computer controlled AI players. However, the meat and potatoes of the game is when you’re facing real players online. It has support for both mobile and PC. All you have to do is make a Battle.net account and you can switch back and forth at will. It’s intensely popular and you shouldn’t have problems finding people to play against.