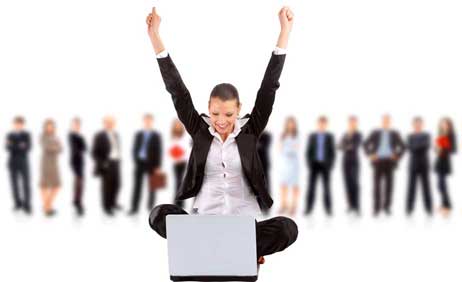 THE SUCCESS OF FAILURE

THE SUCCESS OF THE FAILURE

‘Failure’, a word that make billions of hearts frighten. It may because all have think about success only, not about failure, or maybe they think like failure meanslosing. If it is real so then what about them who are failed to do something? And what about them who have failed to do something for the number of times?
The failure gives rise to anxiety, lack of concentration & focus, frustration which are obvious outcome for human being. But when one who tries to forgot his or her failure in order to have new set of experiments to achieve what they actually want to achieve is the time when that person starts movements towards true success. Once the great scientist Thomas A. Edison said that “I have not failed 10000 times. I have not failed once. I have succeeded in proving that those 10000 ways will not work. When I have eliminated the ways that will not work, I will find the way that will work”, just after his 10000th failure. Today his successful experiment is not only appreciated, but also used worldwide.
Similarly, in the business world, the failure in achieving any short term goal, or failure in achieving any target doesn’t imply that you cannot do it, it implies that either the way you select goals is wrong or you need to put some more effort. If you work not to earn only, but for your passion also, there will be no one to stop you in achieving your goals, you will look at each and every problem as well as failure as an opportunity that will give you chance in optimizing your performance.
The great personalities like Steve Jobs, Walt Disney and many more, who were on top of success have followed the same thing. They had never given up their dreams and continued toward their work passionately. They have suffered from some severe failures lot of times, and finally their failure met success, and that success become the ‘success of the failure.’
Every human starts something imagining that his plan gets success, but in reality he fails atleast once to reach his success. When a person fails in his life he will learn from his mistakes. Mistakes makes man perfect. Opportunity often comes, we have to grab it. We should be faithful in small things because it is in them that our strength lies in. Having faith in oneself and in the direction we have chosen is road to success.

I am Bhagyasri persuing MBA. I am a determined person. I follow a quote "success in our internal happiness".