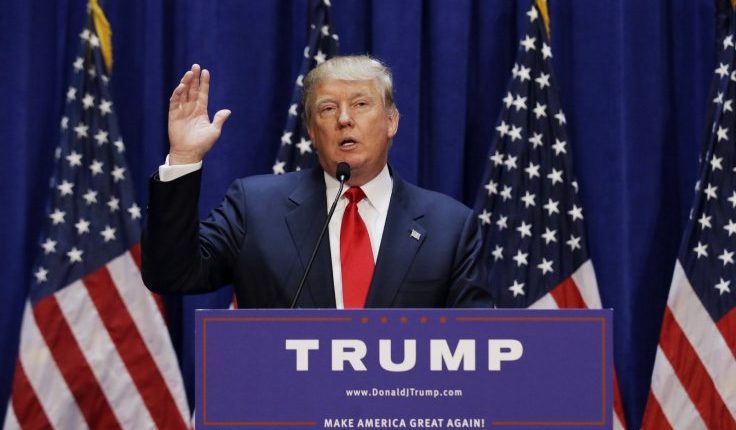 THE race for the White House

THE race for the White House has finally reached its conclusion and the people of America have chosen Donald Trump as their new President.

Trump was elected the 45th president of the United States on last Tuesday and in his victory speech at the New York Hilton promised to focus on economic growth when he is sworn in next January. “We have a great economic plan,” he said. “We will double our growth and have the strongest economy anywhere in the world.”

Here comes a glimpse of the day !!

Clinton called Trump to concede but did not make a public address.

Trump left Trump Tower for the short journey to the Hilton Midtown, where the president-elect then took to the stage and insisted he would “deal fairly with everyone”.

“I have just received a call from Secretary Clinton. She congratulated us – it’s about us and our victory – and I congratulated her on a very hard-fought campaign.

“Now it is time for Americans to bind the wounds of division,” he added. “It is time for us to become together as one united people … I pledge to every citizen of our land that I will be president for all Americans.”

Mr. Trump’s win — stretching across the battleground states of Florida, North Carolina, Ohio and Pennsylvania — seemed likely to set off financial jitters and immediate unease among international allies, many of which were startled when Mr. Trump in his campaign cast doubt on the necessity of America’s military commitments abroad and its allegiance to international economic partnerships.

The key to taking the Presidency is winning the so called “swing states” – and Donald certainly did that.

These are states which regularly switch their vote between the Republican and Democratic parties, much like marginal constituencies in the UK.

Ohio is the best example of a swing state as it has gone the way of the winning candidate in every election since 1964 when Lyndon B. Johnson remained president having succeeded JFK after his assassination the year before.

Trump eventually won the battleground states of Ohio, Florida, North Carolina and Pennsylvania – four crucial states in the race for the Oval Office

Lets see what next it gonna do, what next things will turn up to. As there are still many speculations about his victory.