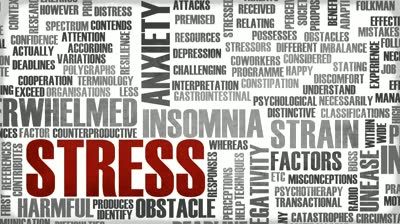 “DON’T KEEP THE STRESS TRY TO PEEP INTO THE STRESS”
If the preceding quote is followed by every individual each one can come out of the devil, stress, in them. Stress is a devil that eats up an individual causing them to indulge into all the fascinating things which may be harmful and lethal but is prioritized for the sake of maintaining reputation among peers. Here, in this world, which admires external appearances, one after the other, one sheep follows the other and ultimately fall in the ditch. In the quest to keep up with each other, people have forgotten their main motto in life: their own identity.
All these attributes have eaten up the individual to such an extent that they don’t even fear letting their precious lives go out of their hands, a life they have received only once, to live, to be happy and to bring about a change in others or in themselves so that they can fulfil the purpose of their existence in this universe. Each individual has a motto and two options, one of which is to choose a goal oriented life which further grants them two more options, that is, the way to approach these goals. Now in the rush to be number one or to reach the top, individuals choosing the second option is more common, as this is the kalyuga as mentioned in the Vedas- the phase where most individuals tend to support and achieve success through evil deeds.
Nowadays where ever you peep, evil deeds are done in much higher proportion as compared to good ones. As everyone in gen x wants to follow evil trends where they are seeing that there are more pleasures if one turns into one of the evils with the assurance that no individual can harm the “evil”. Here in this kalyuga pleasure and esteem have become the ayudas of destruction as well as the path to success in an individual’s life.

All these individuals who are following these evil practices are the eatenups, who are literally eaten up by the stress of the desire to reach the top of all the aspects which they are being urged to follow as they observe others individuals reach the top doing the same. These individuals are more eaten up by evil thoughts such as jealously, desire to destroy lives and to kill another, desire to distract others and to indulge into immoral practices, and to wage war upon humanity by using the cloak of supporting a particular religion. This has led to many misconceptions and evil thoughts that has spread as a black bedsheet on the present gen x.
This can be washed away by eating up the stress and the understanding that “one must change himself instead of trying to change his surroundings”. Each one knows this quote and has even experienced this change, that had brought about a revolution in India which was initiated by the revolutionary also affectionately and respectfully called “father of the nation”. This honor was given to him because if he failed to bring about a change within himself, he couldn’t have brought a change in others too. This change of thought in one self brings a lot of change within an individual and gradually in others as well, as people follow by example and not just by word. So this change into oneself will prevent individuals from being eaten ups …

sometimes when people are under stressthey hate to think...but that is the time they really need to think.....