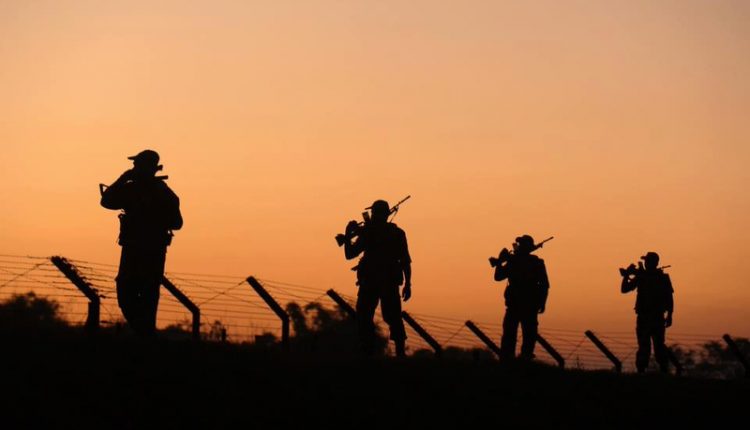 THE DREAM OF A SOLDIER

We were sitting at the campsite,

It was a starry and dreamy night.

We comrades too shared a dream,

We waited for the war under the moonbeam.

Waiting for the fight for our right.

And then came the call anon,

I was happy the war was on.

The capital reeled with fire vehement,

But finally there was a room for settlement.

Our happiness but was bloodstained,

We cherished the freedom but many-a-heart pained.

Born on the same mother earth we fight,

Born to the same mother earth despite.

We do invest in arms and ammunition’s,

And have faith in rumors and superstitions.

How can we be called humans if we have no humanity?

How can we be called humans if we believe in brutality?

Born on the same mother earth we fight,

Born to the same mother earth despite.

Let us join hands for a better tomorrow,

Because it’s time for the feelings of love and kindness to inculcate,

And to make sure that in the promotion of peace and demilitarization we do participate.

Let’s vanish war and mayhem from the earth,

So as to give a meaning to our birth.

Born on the same mother earth we stay together,

Rising to the clarion call,

All quadrants of the globe with greenery peace and freedom gleam,

I am Isha Jain , currently pursuing BTech in IGDTUW. I have been into books and novels since 6th grade. I have a collection of around 200+ books. I write poems on and off depending on circumstances and need. The poem that I am attaching here is about the soldiers and was written by me to honour somebody i idolize.