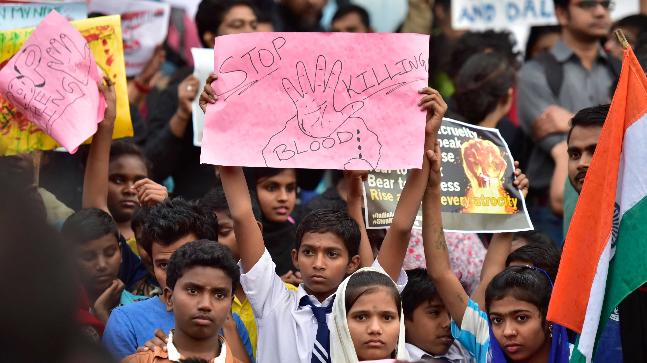 Morning Tea Jul 17, 2018 57 0
The Supreme Court asked the government to see whether a law could be brought to deal with incidents of lynchings and vigilantism

The Supreme Court today gave the Centre and states a four-week deadline to implement suggested remedial and punitive measures in order to combat incidents of mob lynchings. It is the duty of the State to ensure law and order in the country, the Supreme Court said, observing that a “mobocracy can’t be allowed in a democracy.”

Among the other observations the court made while hearing a bunch of petitions filed over recent cases of mob lynchings and vigilantism (some of which targetted cattle and cow traders) was: “No citizen can become a law onto himself… State should safeguard democratic and secular ethos. State has to be protect Constitution.”

The Supreme Court also suggested a number of remedial and punitive measures to prevent incidents of lynchings and vigilantism and asked the Centre and states to implement the measures within four weeks. Details regarding what these measures would be were still awaited.