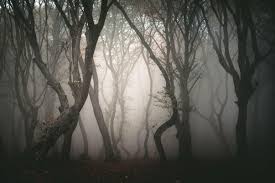 “Haunted”, the word itself is scary, the haunted places are that much adventurous. In many movies we have seen ghosts , but in real life, visiting to a haunted place to see the ghost , isn’t it exciting.

If you are the one who loves the push the boundaries to have a sneak peek in the spooky world than there are some interesting most haunted places in India to explore and experience the real thrill.

Some places in India , considered most haunted are-

Bhangarh , also known as ghost town is one of scariest places in country. If you have to visit this Bhangar Fort than visit it before the sunset, after the sunset , you won’t be allowed to visit.

There is an interesting story related to this Bhangarh fort. As per the story, a tantrik Singhia fall in love with a princess Ranavati but their match was impossible. He tried black magic on the princess to woo her. On learning about the same ,princess found a way to kill him . before his death, magician cast a dark spell in the palace. Although , Bhangarh Fort being regarded as one of the most horror haunted places in India has been officially considered as a tourist destination. It is believed that in the night after sun set it is risky to visit to fort as people have experienced supernatural powers in the fort.

The story behind this mill , sounds bit similar to the Bollywood movie ‘Om Shanti Om’ . This mill was established by East India Company in 1870, but due to major fire outbreak it was shut down. This location serves best purpose to shoot the thriller movies , but also due to witnessing some paranormal activities some people also refused to shoot here.

According to the story behind this fort , Prince Narayan who was the heir of Peshwa Dynasty was brutally murdered.

People of this area believe that they hear voice of the ghost crying and pleading his uncle to save him.

Delhi Cant Road is full of greenery , no doubt but it is worth visiting during the day time only. During the night , it becomes spooky . Local residents claimed that they have seen a woman clad in white sari asking for the lift and chase the vehicle in the inhuman speed. This makes Delhi Cant Road a haunted place.

This hotel is famous for the shooting of Bollywood Film ‘RAAZ’ . But because of the paranormal activities , it is shut down completely. One night , choreographer Saroj Khan and her crew woke up when they heard some noise of furniture shifting from first floor , they tried to contact the receptionist but the phone lines were dead. Next , morning when they narrated the whole incident to the receptionist , the receptionist pointed out that there was no first floor in the hotel .

This very famous hotel of Mumbai, The Taj Mahal Hotel has also witnessed the paranormal activity . It is heard that the architect of this hotel committed suicide by jumping off the 5th floor . It is said that his ghost is seen walking in the old wing of the hotel.

It is claimed to be a home to the ghost of Major Burton who was killed by the Indian soldiers in 1857. It is a harmless ghost and is rumoured to walk the corridors of the palace and occasionally slap the guard who sleeps on their duties.

This church is famous for paranormal activities experienced by the locals as well as a team of Indian paranormal society. It is said that three kings fought for this property killed one another and their spirits roam in the fort premises.

Local people claim to hear footsteps after the closing hours and also seen a headless boy walk in the woods.

This haunted mansion is situated near Club Road in Pune. Local people believe it to be haunted as there is a spirit of an elderly lady who was murdered in her own home, this mansion. Passer by claim to see a shadowy figure of an old lady peeping from the window and asking for the help.

Have you ever been through this spooky experience ? Try this spookiness and visit these haunted places to have a real thrill.