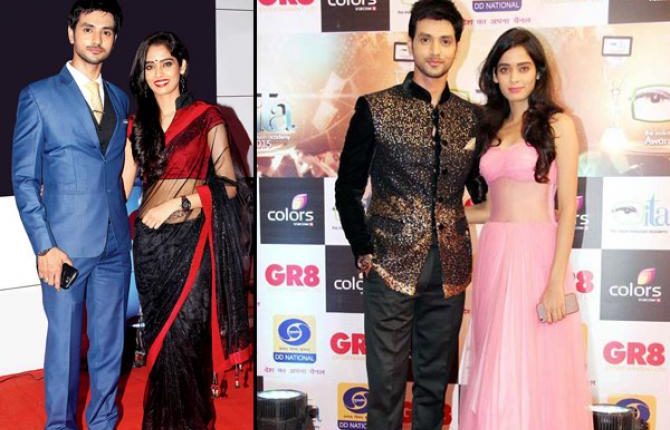 Rude and rigid was the first impression that Shakti Arora had about the air-hostess-turned-actress, Neha Saxena, as she looked uptight to him. Yes, all was not glittery when the couple first met during the briefing of the show, Tere Liye.

What started as sheer misjudgment of character, soon turned out be a friendship, which blossomed into love. 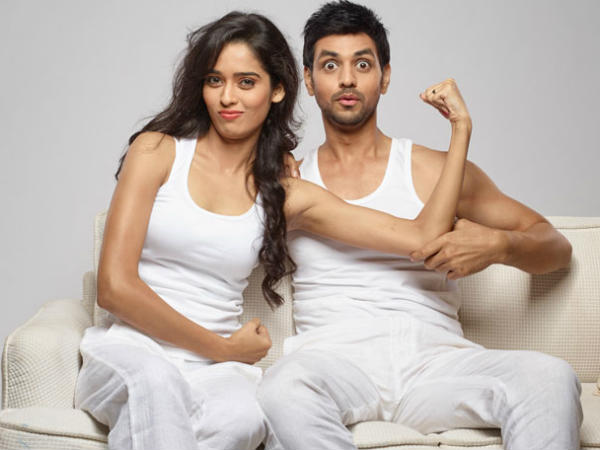 Unlike other telly actors, this cutest jodi had a love story similar to any Ekta Kapoor serial. A girl meets a boy, both find each other rude, their egos keep them apart only to have one of them falling head-over-heels in love with the other. That is exactly what happened in the case of Shakti and Neha too, but hold on, there is a twist in this tale.

This cute couple first met in 2010 on the sets of a Star Plus production, Tere Liye where they played an on-screen couple. They were initially apprehensive about each other as Shakti was new and reserved, while Neha had been a leading star already in another hit show. After those initial hesitations, they became fast friends, yet love wasn’t blooming. In Neha’s words.“We had an amazing chemistry on the show. We also became good friends. People would ask us if we were together. But nothing was brewing between us then.” 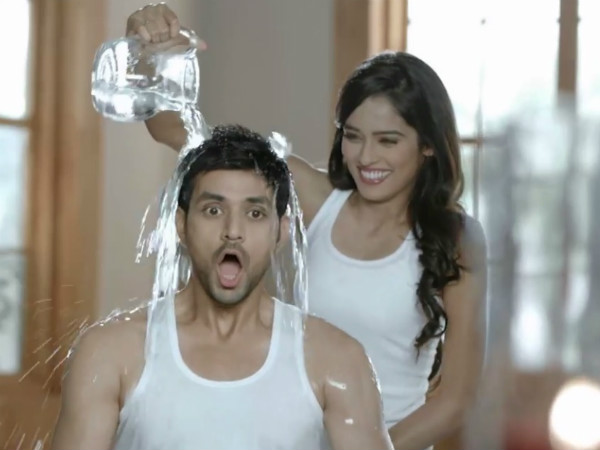 Neha was not Shakti’s first love. He was going through a rough patch after a break-up and Neha, as a friend, was by his side. Gradually, they realised that they do not need to seek love anywhere else, and that they are each other’s soulmate. However, it still took Shakti a long time to profess his love to Neha, as he said,“We realised we liked each other. Yet, it took me around a year to actually convey my feelings to her. We shared a platonic relationship till then.”

But, once he proposed to her, they did not take much time to meet each other’s parents and the relationship was made official straightaway.

Both the love birds are crazy about each other. Neha won his heart over by her cooking skills, while Shakti’s honesty and the ability to make her feel comfortable was enough for this bubbly girl. Shakti is completely mesmerised by his lady and he does not shy away from confessing it. He said, ” I am in love with Neha. I love spending time with her. Her sense of humour is what I like the most about her and, of course, her cuteness!”

They delighted their fans by having a roka ceremony in the Gurgaon Sports Complex, Mumbai, on June 6, 2014. 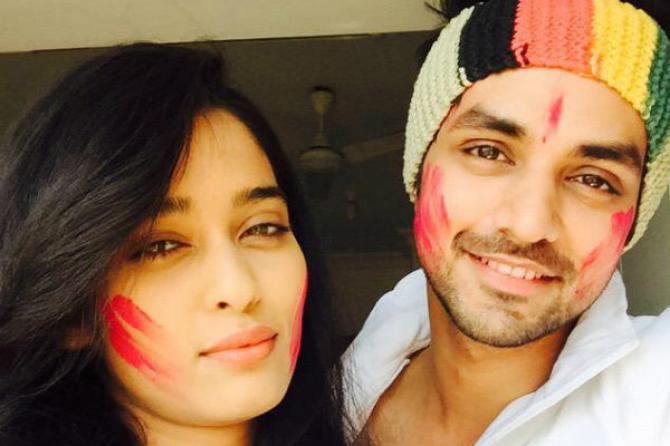 Marriage is definitely on the cards for this couple and they dream big about it, indeed. Neha wishes to get married in Venice, while Shakti desires a destination wedding, in the presence of their respective families and close pals only. The couple has been loud about their decision to get married, but no date was finalized.

The couple got engaged in 2014 and was all set to get married in November last year. But they had to postpone the wedding due to demonetization. Some people even believed that the couple might have get hitched secretly.

Shakti Arora and Neha Saxena have ended their four-year-old relationship. The couple was facing compatibility issues during the last few months. Though both tried but things somehow weren’t falling in place and hence they decided that it’s better to take time off the relationship.

“Over the past few months, a lot of differences cropped up between them, which led to constant tiffs.

In fact, Neha even flew down to Indonesia to meet Shakti, who is currently busy shooting his Indonesian TV series. However, she reportedly failed to do much to mend things between her and Shakti. She has recently returned to India. “Neha is now back in India and they have decided to take a break from each other; they need time to think about where their relationship is headed. Distance is also taking a toll on their equation.

When contacted, Shakti refused to comment and Neha denied the news. “That’s not true. Who is spreading this rumour? Shakti and I are together. In fact, I returned from Jakarta only because my visa expired,” Neha was quoted as saying.

We hope that this news go false and their relationship again gets normal. Hope for a happy for the couple.