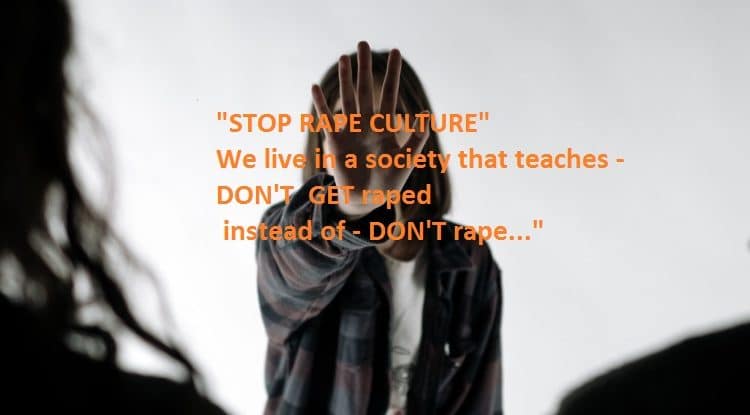 Lets talk about unusual things we listen almost everyday about rape ,,,,its a world wide issue not specific to any one country. This assault Culture influences each lady. Even there is not age limit in rape victims. The assault of one women is a debasement, dread, and restriction to all ladies. Rape is the 4th most common crime in India against women. According to NCRB (National Crime Records Bureau) statistics 2019 further show that out of 278 cases of rape with murder registered across the country, Maharashtra has recorded the highest with 47, of which two cases were registered in Mumbai, followed by Madhya Pradesh (37) and Uttar Pradesh (34).

In last few years we saw some notable incidents to open one’s eyes i.e 1992 Ajmer rape case, 2012 Nirbhya case ,2015 Ranaghat rape case (where a 71 year old nun was gang raped in Ranaghat) ,2018 Kathua rape case , Unnao rape case  and many more . Now a days Hathras gang rape case was in lime light where a 19 year old Dalit was allegedly gang raped by four upper caste men , after fighting her life for 2 weeks she died in a Delhi hospital. So one can say though we are living in educated era but facing these assault culture every time.

Most of the Rape is also underreported because victims fear they will not be believed. Many rape cases end up being “he said, she said” because there is no physical evidence. If there are no bruises or cuts on the victim, it is difficult to prove rape. The emergency room doctor can do a rape kit shortly after the attack to see if there is any evidence. However, even if bodily fluids are found on the victim, that only proves that there was a sexual encounter, it does not prove whether or not it was a consensual act. Many rapists may use verbal threats to get the victim to comply, so there may be no physical marks or bruising. Some women fight back, but others do not because of fear. Rapists may have a weapon they threaten the victims with, so it may be smarter not to fight back in that case. However, this makes it difficult to prosecute. If victims know that there are no bruises or cuts on their body, and it will be difficult to win a case, they many not even report it.

Survivor’ pain: There are many consequences that can arise from rape for example the victim can get pregnant or get transmitted diseases , severe injuries , mental trauma and  Some of the symptoms include “fear, helplessness, shock, disbelief, guilt, humiliation, embarrassment, anger, self-blame, flashbacks of the rape, avoidance of previously pleasurable activities, avoidance of the place or circumstances in which the rape occurred, depression, sexual dysfunction, insomnia, and impaired memory”  these symptoms greatly inhibit the victim’s ability to heal and move on with their life.

“If men remember that women are their mothers, daughters, and wives they may change their laws”

The best thing you can do to safeguard yourself from rape is-raise your sons, brothers and male friends properly. Teach them to take no for an answer respectfully.