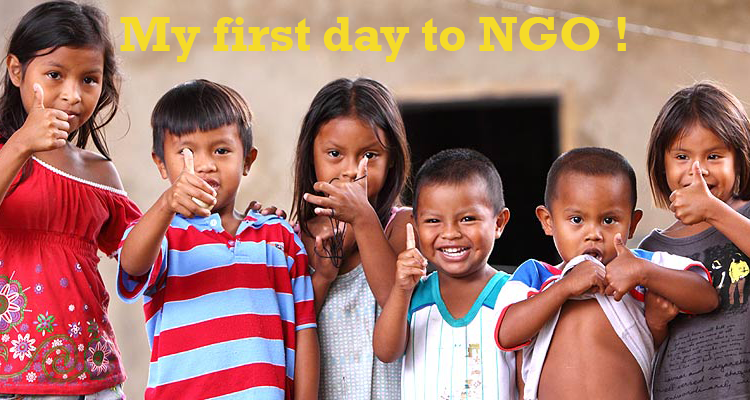 My First Day to Society – Nervousness to Excitement!

Ankita Chauhan Jun 16, 2016 233 1
My college NSS group decided to visit a NGO in Gurugram and I was selected to visit the NGO. While we were on our way to the NGO we were all very excited and nervous as it was our first time to any such place. We had so much going on in our heads what kind of people we will see there?  How would they react? How would we react to all that? All such things made all of us feel a bit nervous.
Finally we reached our destination. And my first reaction was what kind of a place is this? It was an open ground with hall like rooms made with tin shed. On one side there was a hall for womens and on the other for mens. Their office was also in very bad conditions. And then we got to know that it was a foundation started by a single man who made it to all this through donations and funds. By the time I could feel that it was not that bad as atleast someone tried his best at doing whatever he could do to make these people feel home like. Though they still cannot take place of their families.
So after the volunteers there told us about the do’s and dont’s we were allowed to get into the premises. As soon as we entered there we saw people screaming, fighting with each other, moving here and there and doing non sense things. Me and my bestfriend both of us were a little scared after seeing all this. So we decided an escape and went to the kitchen to help cook food for them. In the kitchen we met 2-3 ladies who ordered us to chop vegetables for them. While we were doing our business they told us about many thing like what are the conditions there. Then an old lady named Mira in her mid 80s came in and sat behind us she was quietly listing to what all we were talking about then those cooks started talking to her about she getting married and all she did was smile and blush. I asked her what her age was and she innocently said 12. I was like is she joking or she actually don’t remember her age?  So the cooks told me that she lost her memory and now she thinks of herself as a 12year old unmarried girl who is very fond of bangles and accessories. She was very cute and innocent. 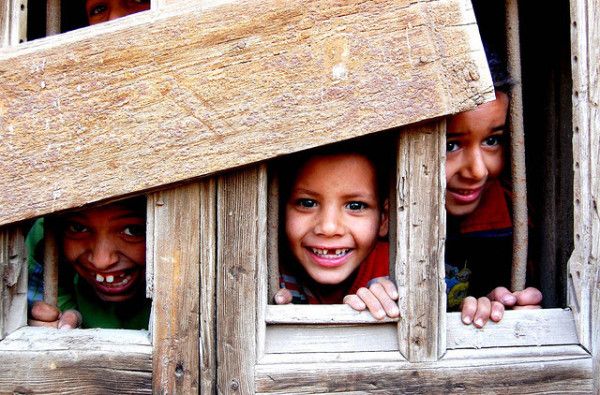 After finishing our work in the kitchen we decided to go out and meet people as after meeting Mira we found them all not that harmful except for a few who were not in their proper senses. So we went to the ladies bedroom where there were 100s of beds and most of them were there in. There was this very old lady who was sitting in her bed and started talking to us. We asked her why she was there and how were the conditions there. So she told us that her son left her there saying that he will take her back as they were renovating their house but he never came back and she knew that from the very first day. Also she said that the conditions there were not very good but atleast they had a place to live in. There was this young girl Rani sitting on the bed on our other side who was listening to us and smiling so I started talking to her and she told me that she was from Lucknow and her family left her as she lost her one hand in an accident saying no one would marry her because of her disability and she would just make their lives difficult. She told me all that with a constant smile on her face. That smile made me feel how strong and positive she is inspite of all the pain she had in her heart she is smiling unlike us who cry like babies if we don’t get something or loses something. She was truly an inspiration and made me learn how to smile even in the worst of situations.

After her I met many such people who made me feel that they were not actually mad or had problems but it was the sadness that has made them behave this wierd. All this also made me realize how the time has changed, how the relationships has changed and how selfish we all have become. We leave our parents if they begin to bother us for little things forgetting what all sacrifices they did in the first place to make us happy and this successful. When it was our turn to care for them we ended up calling them annoying, irritating and leaving them. Even after knowing all what they did for us we say what not to them and they still have that place for us in their hearts but we highly educated and high class people just can’t understand all that love and care. Not just our parents but who ever made us feel like a responsibility and is of no use to us we end up leaving them without even thinking about the pain and sadness the other person could feel.
Visiting this place really changed my perspective of life I have started taking more care of my family and friends as after seeing their conditions I can feel what is the pain of losing someone. And have even decided to regularly visit such NGOs and help the with whatever I can do for them. If not their families then at-least we could do things to make them happy.
featuredFirst Day to NGOMy First Day to Society !NGO