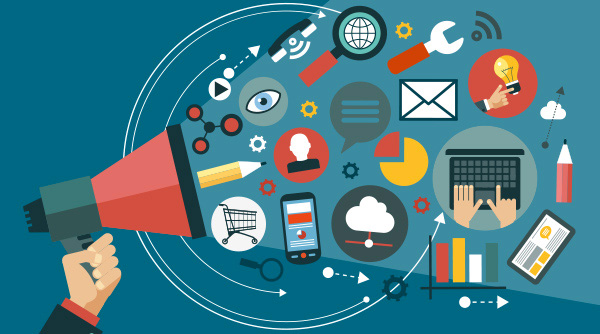 MARKETING AUTOMATION: THE ROLE OF AUGMENTED REALITY IN MARKETING

A boy of seven in Mumbai stood awestruck at the image of the man standing on stage delivering the speech. Miles away, in a town in Himachal Pradesh, a man of forty was equally intrigued and listened in rapt attention. An electoral campaign in the largest electorate in the world and its success was unprecedented, to say the least. The sheer power of the confluence of marketing and technology has been observed time and again. Technology adoption has been the goal of most disciplines, and marketing is no different. As we create products whose utilities traverse boundaries, it also becomes imperative to market them across these boundaries.

Last summer, Pokémon Go was all the rage around this time. Its extraordinary propagation highlighted the tremendous potential of augmented reality (AR) and proved that AR can be a mainstream technology. And since then, the experience has become more enriched and more accessible. Progressive marketers are already using AR to promote everything from makeup to humanitarian campaigns. 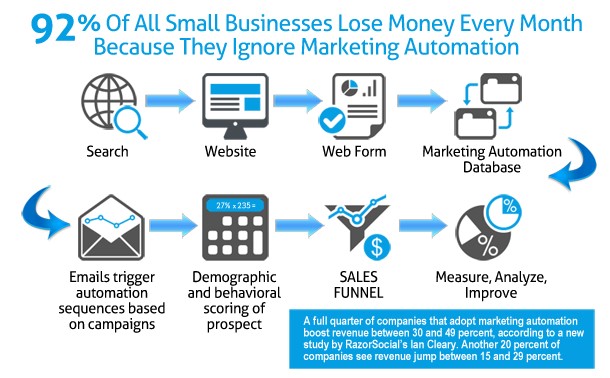 In today’s world where everyone is competing for attention (thanks to the Goldfish Syndrome!), AR grips a hold and doesn’t let go. From the rudimentary to the peculiar, the engaging to edifying, these virtual encounters can possibly involve audiences in novel and thrilling ways that they’re inquisitive to explore. Unlike VR (virtual reality), AR doesn’t require any accessories such as a headset, which improves its likelihood of adoption. The technology overlays digital content onto the physical world, transforming the present space – all you require is a smartphone and a front-facing camera. Augmented reality (AR) is a digital technology that places text, photos and videos running on the user’s smart device onto physical objects. Driving cars with GPS projected onto the windshield, watching movies on walls, learning new skills, working on projects, there are a plethora of possibilities.

Figure 2: The future of AR

Envision being able to see how furniture would look in your room before really purchasing it or being able to see which glasses suit your face or which lipstick looks good on you without actually trying it on. Each of these situations is already conceivable. These are real AR examples from Ikea, Ray-Ban, and Cover Girl of how brands are presently utilizing augmented reality (AR). AR has been gathering marketers’ enthusiasm in recent years, as it can change a scope of customer experience, from how individuals find new products to how they choose which ones to buy. AR innovation enhances the physical environment around you by superimposing virtual elements over it, either through the camera view on your cell phone or through displays such as HoloLens or Google Glass.

As indicated by a Deloitte survey, 67 percent of mid-market companies (firms with revenue between $100 million and $1 billion) have already deployed some form of virtual or augmented reality in their business. Fashion retailer Rebecca Minkoff has put “magic mirrors” in the fitting rooms of some of their prominent stores. The result of integrating augmented reality to personalize the shopping experience was that the shoppers stayed inside the store for a longer duration increasing their likelihood of buying something. Consequently, Rebecca Minkoff’s flagship stores using “magic mirrors” had a remarkable increase in sales (about 50%) year over year from 2014 to 2015.

Lowes, a Fortune 500 American company that runs retail home improvement and appliance stores, is testing augmented reality in startling but smart ways; from in-store navigation to being able to refashion a room with something called a holoroom. Home projects and redesigning is an ideal fit for AR and VR. Lowes is indeed at the zenith of an immersion upheaval. 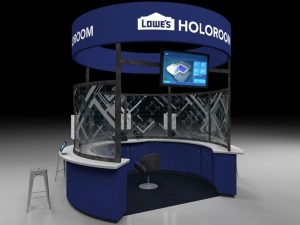 The Benefits of AR

Marketers are never far behind and have experimented with AR in various innovative ways. Toyota, in 2011, combined three components, a computer-generated pop star, a branded mobile QR code and an augmented reality experience. Once a user took a picture of the branded QR code, he/she was encouraged to download the Toyota mobile app, after which the users could view the pop-star singing, standing next to the Toyota Corolla, all in augmented reality! There was a whopping 600% increase in the number of mobile app downloads and a 30% soar in the number of Corolla leads in the period. Closer home, KFC India used augmented reality to educate the target audience of its affordable prices. By downloading its app, the user could hold any denomination of currency on its AR-enabled camera, and a tray would appear with the items that can be bought in that amount. There were 35000 downloads of the app, and an enormous buzz was created. The following are some of the ways in which integrating AR with marketing activities can help business:

• Increases Brand Awareness
AR campaigns cultivate a “wow” factor, thereby getting your customers and the media talking about your brand. This consequently increases your brand awareness. AR is predominantly effective in increasing awareness because the technology is a relatively novel concept and the experience of engaging with a brand through AR is still a unique experience for most customers.

• Increases Customer Engagement
As indicated by a study conducted by Blippar , a prominent app in the augmented reality world, marketing activities that use AR have an average abide time of about 75 seconds. To place this in context, conventional radio and television advertisements have an abide time of only 2.5 seconds.

• Improves Customer Experience
An integration of AR into your marketing campaigns can enhance the customer experience as your customers have more information available to them. Moreover, they can make deisions at their disposal and complete transactions more conveniently.

• Bridges the divide between digital and in-store experiences
In today’s environment, comparing product labels in a brick-and-mortar store seems quite old-fashioned. Companies such as the watch retailer Jura have created AR applications that enable customers to discover more details about products as they stroll through store aisles and compare different brands with far more information. At Jura stores, customers can try on different watches virtually without getting near the display case and make their purchasing decision based on which styles suit them best.

AR can enrich the digital shopping experience by placing products into customers’ homes even before they make a purchase. For example, IKEA, the Swedish furniture giant, has tested with an AR technology that would permit shoppers to witness how, say, a cupboard would look and fits in various locations in their house. The company has recently announced an agreement with Apple to create an app – ‘IKEA Place’ for iOS 11. The app is an extension of the company’s catalog and makes surfing and choosing products convenient, with hassle-free repositioning and 98% scale accuracy for optimal viewing. With Ikea Place, the company is planning to change the way people purchase furniture from now into the impending future. Truly, augmented reality will be a lead to a complete overhaul of retail in the same manner as the internet. 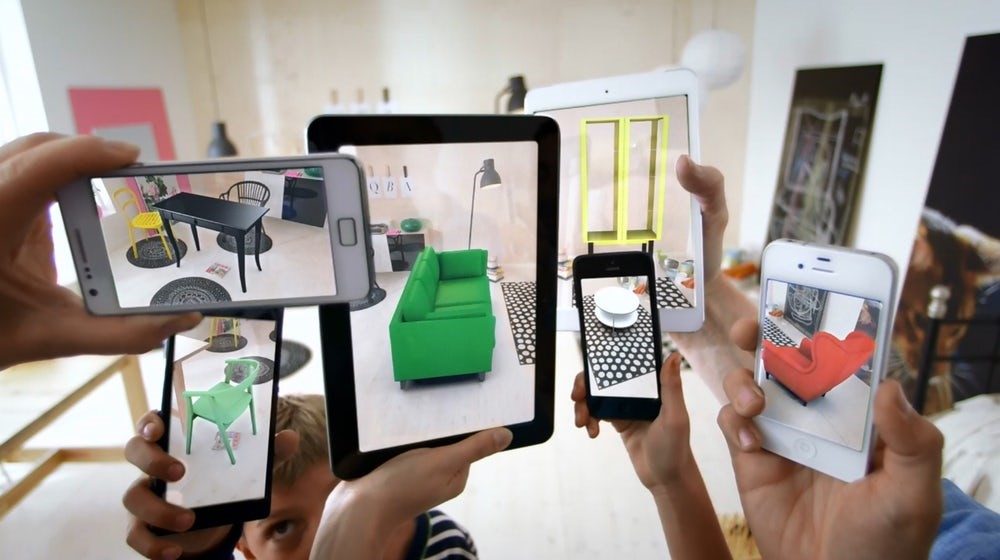 The way in which AR has been utilized as a part of marketing campaigns can be viewed as a kind of experiential marketing in light of the fact that it centers not only around a product/service but also on the whole experience generated for the buyers. The uniqueness that augmented reality carries to marketing is connected to three factors.

• Firstly, advanced AR technology enables setting up real-time activity between real time surroundings, brands, products and customers. It integrates the digital world of smart devices with the real time environment in such a manner that the boundaries between them vanish thereby increasing the proximity between the product and the buyer.

• Secondly, AR’s capability for recreation empowers marketers to digitally advance and promote their products in a much more proficient manner than before. Consumers’ risk of ambiguity, associated with online shopping of products they haven’t tried or seen before, reduces due to simulations and virtual try-on.

• Thirdly, advanced visual representations in AR create an enriching customer experience, offering influential tools to engage customers in a profoundly unique experience. Due to its originality and novelty, augmented reality in marketing often stimulates “wow” effects amongst the customers.

Latest iPhone X announcement sparkled an even brighter light on Apple’s ARKit, uncovered this year at the Worldwide Developers Conference. With the gadget’s quicker processer, innovative gyro accelerometer and attuned camera, the new iPhone is accurately optimized for AR. With business behemoths such as Apple, Facebook, and Google leaning seriously into augmented reality and embracing the developers with open and simple access, you can bet AR will develop beyond its shallow applications into more functional business solutions.

A research on the effectiveness of augmented reality highlighted that buyers preferred an augmented reality advert over a traditional print advert due to its informativeness, uniqueness, and efficacy. When AR becomes more mainstream, we might see the uniqueness factor fade away. However, these initial studies propose that there exists value in the integration of AR technology with marketing that goes past the entertainment factor. The actual objective for commercial AR is using the technology with the goal that it boosts the customer experience — makes it tranquil, more entertaining, and more convenient. The idea of Google Glass fizzled on the grounds because we don’t want to stroll around always seeing everything augmented. So, the key to understanding AR is characterizing the specific activities where it can create real value instead of thinking of how to cover as many places as possible with virtual content.