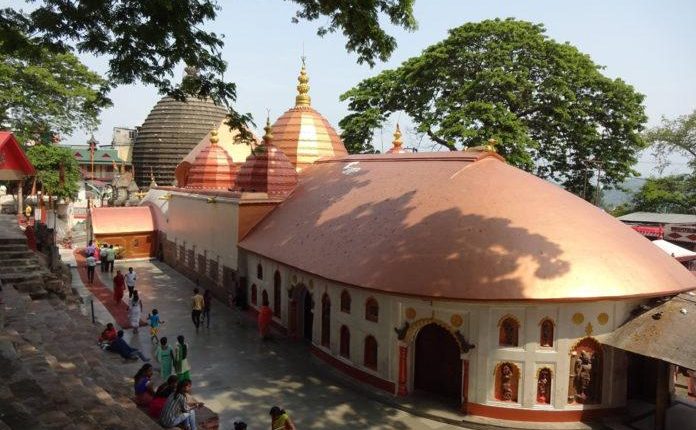 Atleast once in our lifetime, a woman have faced some kind of taboo for menstruation. Myths, stories and beliefs which makes no sense but empowers the patriarchal society. From not being allowed to visit the kitchen, or drink water from the same jug to not worship the gods while a woman is menstruating, the myths vary a lot but the one common denominator is that menstruation is seen has something unhygienic, poisonous, cursed and unholy.
While we talk about the regressive behaviour of the society, we applaud how on the same land of holiness, there is an Indian temple dedicated to Menstruating Goddess. At the Maa Kamakhya temple in Guwahati, an annual festival is held to honour the Goddess of Desire’s periods

A society which leaves a woman alone for three days because she is menstruating but celebrates the female power may sound ironical, but this happens in Guwahati, India. This temple is called Maa Kamakhya Devalaya, a temple dedicated to the worship of Kamakhya or Kameswari, the Goddess of Desire. Unlike most other shrines, Maa Kamakhya temple has no idol. Instead, the object of worship is the yoni, or the vulva of Goddess Sati. It is in the temple’s sanctum sanctorum and collects water from an underground spring. 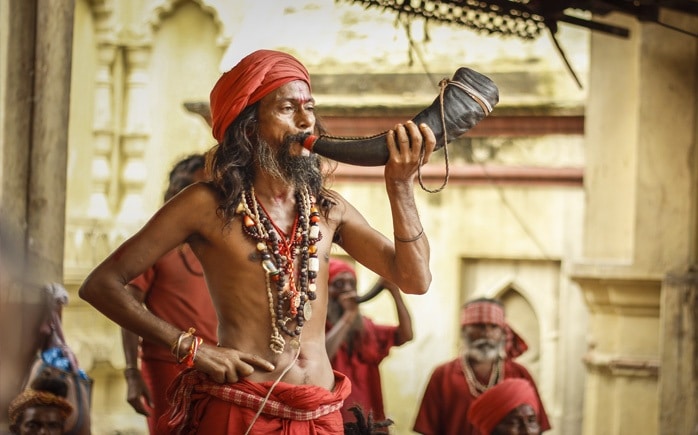 There are many legends associated with the centuries-old Hindu Tantric temple on the Nilachala Hill in Guwahati, Assam. It is the oldest and most sacred of the 51 Shaktipeeths: places of worship formed, as per legend, where parts of Sati’s corpse were dropped by her husband, Shiva. The story goes that Sati’s father, Daksha, never approved of Shiva. One day, after their wedding, she went to a yagna performed by her father even though she and Shiva were not invited. Daksha insulted both of them publicly, and in her anger and humiliation, Sati jumped into the fire. An enraged Shiva, holding his wife’s body, began to dance the Tandav. This created a series of tumultuous destruction in Trilok. To stop Shiva, every Gods and Goddesses went to Vishnu for help. Vishnu didn’t have any other choice but sending his Sudarshan Chakra to do the deed. While he danced, the Sudarshan Chakra  broke the body into different parts that fell to the ground. The body parts that fell here, on this part of the hill, were her genitals and the womb. Years later, Kamdev, the God of Love, went in search of this Peeth to get rid of a curse, and it came to be known as Kamakhya.

The most fascinating fact about this temple is that there is no idol of the goddess inside the temple and only a stone that is carved in the shape of the female genitalia which happens to be the object of reverence for the worshippers.

Worship of Shakti, the female power, is not uncommon in Hinduism, but what makes this temple unique is its celebration of the goddess’ menstruation. But the question is why? What happens in the temple that makes this temple as one of the most Holy temples of the World known for hundreds of mysteries and beliefs?

The Brahmaputra river near Kamakhya turns red in the month of June. It’s believed that this is the period when the goddess bleeds or menstruates. Whether the river turns red on its own or because of the vermillion that priests put into the river, this is a question that remains unanswered. The temple is closed for three days because the deity is not supposed to be disturbed during this time. It is so widely believed in throughout the state that even the farmers do not do any farming-related activity during the course of these three days.

On the fourth day, the temple reopens, and the day is celebrated as the Ambhuwasi festival. People dip their handkerchiefs into the red water and keep it with them as a sign of blessing and good luck given to them by the Devi herself.
India is full of mysterious histories and mythical legends but this one legend outrightly disputes the archaic attitude of India towards menstruation as unholy and impure and is rather, a display of the progressive approach that the temple and its worshippers behold.