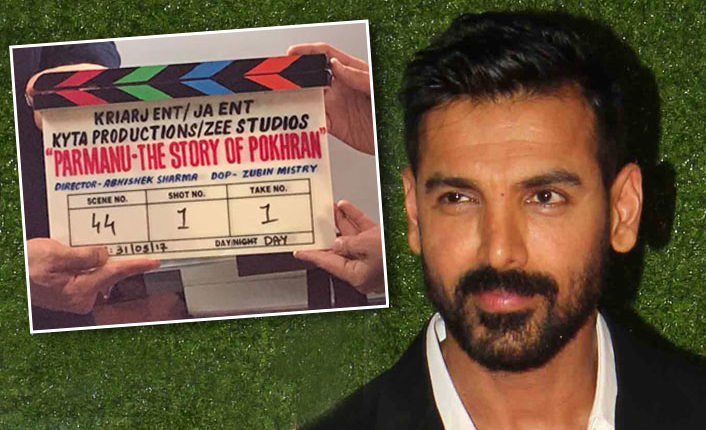 Actor John Abraham has kick started shooting for his upcoming Production Parmanu – The Story of Pokhran, based on the successful Nuclear Tests conducted in Pokhran, Rajasthan in 1998.

Parmanu – The Story of Pokhran also stars Diana Penty and Boman Irani. John has also written the film along with Saiwyn Quadros and Sanyuktha Chawla Shaikh (writers of Neerja). The music of the Film is Helmed by Sachin-Jigar.

John on Wednesday took to Twitter, where he shared a photograph of the Film’s clap-board and captioned: “Day 1.. ‘Parmanu. The Story of Pokhran’. Our biggest test ever!!!” @johnabrahament #kriarjentertainment#Parmanu.” 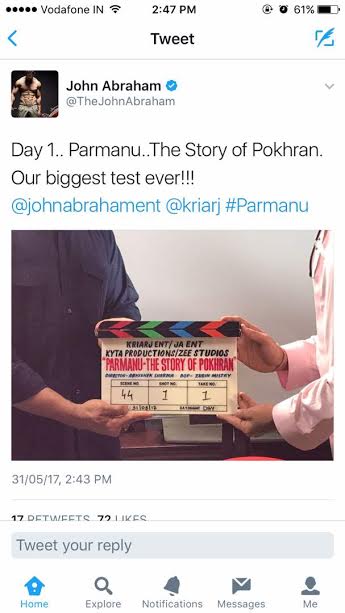 JOHN STATED THAT: The road to Pokhran has been Paved. It will take the Audience on a Journey to showcase the greatest Nuclear Espionage the World witnessed in 1998. It’s time to embark on a Journey to revisit the mission where the Indian Army, Scientists, Engineers & Satellite Experts came together to pull off the greatest covert mission of their times that changed the place of India on the World map and turning the course of modern India’s position in the World as a strong Nuclear State. 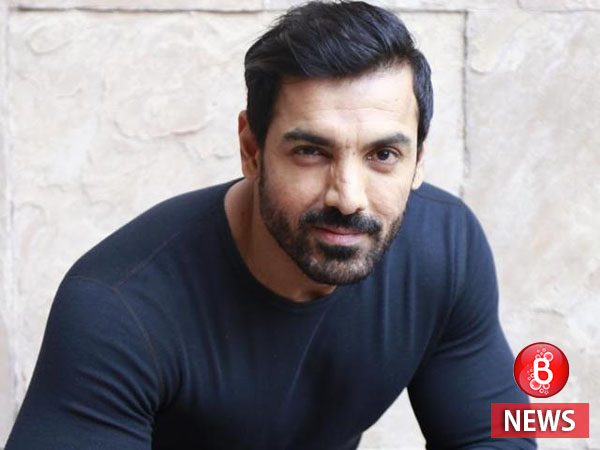 India has taken Giant leaps in various Scientific achievements since then & the Pokhran Nuclear test’s takes the center piece in Indian history!

“For us, this is not just a Film. It’s a dedication from our side to all our Soldiers of our Country from all the Forces. Also to all the Scientists to dedicate their lives for the Country. We are just sharing their story with the World and we are very proud of it. It’s a film that every fellow Indian will surely be proud of,” SAID BY THE film’s producers Prernaa Arora and Ajay Kappor.