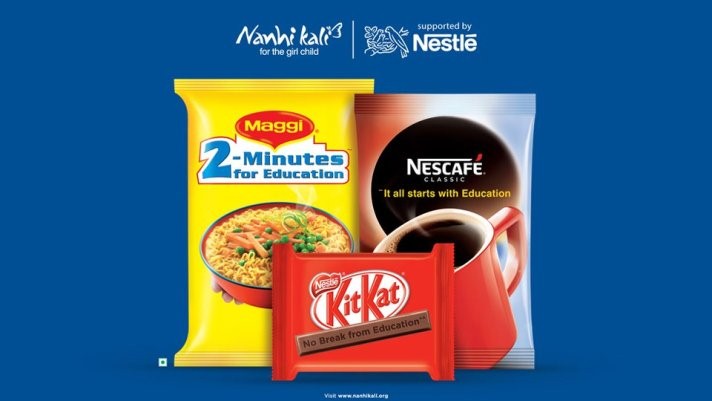 How did it help….Research with Strategy?

Brands are designed with purpose and exist by earning the love and trust of the customers over time. Each time a customer picks up a pack off the shelf, the visual properties of the brand serve as symbol of the promise the brand has made to the customer. These are invaluable assets, protected, cherished and treasured by organizations. Moreover, strategies have helped the brands stay so strong and bold even in the times of market crisis.

Nestle, in June after the ban order, had stated its first loss in 17 years — at Rs 64 crore — within the April-June 2015 quarter. But it knew that regaining consumer trust and loyalty would be its foremost priority.

All in the course of the ban when Maggi was once striving hard to be again on the shelves, the Nestle on no account closed the door of communication with its customers. In fact, it calmed them with tribute videos showing gratitude to its fans.

Not only this, Maggi has been systematically showing films in each phase of its ban status. It has also ensured that the varied customer segments are targeted in its video series.

They confirmed movies on social media which made gentle commentary on how our life converted after the ban – be it talking to the neighbours, just in case we’d need food sooner or later, or accumulating menu cards for delivery of meals.

Nestle India has rolled a sequence of short movies #WeMissYouToo when it waited for the test outcome. There used to be a Maggi fan boy/fan girl making a plea to Maggi, because it had been their long-lost friend – “Come again, man!”, “Ab a bhi jao”, “Kab wapas aayega yaar?”, “We miss you Maggi”.

After its newly manufactured stock had been cleared, a brand-new video was launched presenting mothers who shared about their experience with Maggi over the years and the way the instant noodles that used to be their rescue food, also risk-free for her kid, then grew to become a cause for concern after the ban. The film ends with the moms speaking about Maggi clearing the test, and proving their prior conviction about Maggi was always correct.

Along with this, on 5th September, 2016, Nestle India joined hands with project Nanhi Kali, an NGO for the launch of their campaign – #educate the girl child# with the goal to teach million girls.

Nestle took time to dig our the problem ,researched  and to revamp the brand again in market and strategically it also created awareness about the misconception of Maggie noodles in the minds of people.

To conclude, today when the nation is heading forward towards building a powerful, self-sufficient, digitally enabled country, the number of girls getting education still remain dismally poor. With this project, Nestle has put itself as a socially responsible manufacturer. But nonetheless, Maggi has a long way to go before entirely shedding off all that worry of MSG / lead, but the company is certain doing its first-class to allay consumer fears.

The strategies followed by Nestle has made it one of the most favored brands in the household chores. The change in the strategy with the changing environment has been duly essential for the company to retain its customers and therefore maintain its glory in the market. It surely is a big name and will remain so with its effective change in strategy with changing environment.