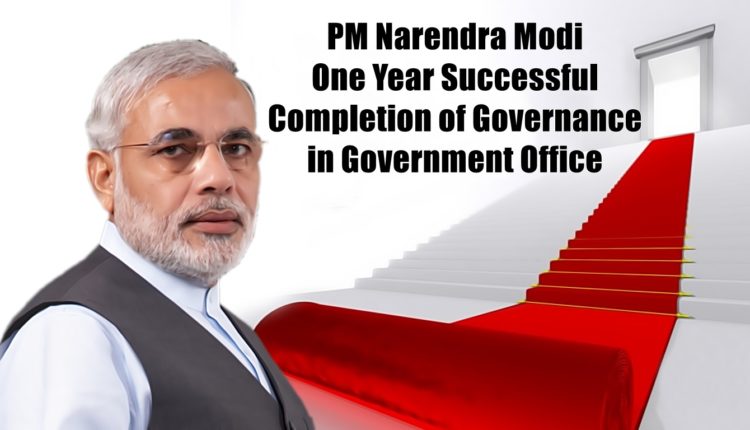 From last many decades, we have had extraordinarily large government but ironically the quality of governance under them was not as good as their size. There has been more focus paid to the size of the party rather than on the services. Thus, Narendra Modi’s model of a small but yet more efficient government stands out.

He didn’t take governance as a mean of doing business. Narendra Modi has translated his beliefs of making Gujarat as number one economic freedom state in India into reality.Gujarat is a very small state but the quality of governance is amazing there. Government is so strict that crime rate over there is very very less can be said that nearly to zero. It is very efficient in protecting human life and property.

Special care has been given towards the women’s safety. Women are so safe there, that they are free to move out even in midnight Even the police there is so alert and quick that if something happens they get there in no time. The judgment given by the judge against criminal is done without being based and the punishment given is so harsh that every person will think of doing that kind activity again. Thus Narendra Modi had demonstrated that a good justice delivery mechanism and an entrepreneur  friendly environment is possible even with a small and less intrusive government.

Another aspect of narendra modi is his governance that is influenced by Gandhiji’s principle of Swaraj. It mainly focuses on the self government in which every  villages is empowered i.e. every villages can have the right to deal with their local issues. And he followed this path only with more effectiveness.

He decentralized the power among various person such that every issue can be handled very efficiently. He took care of the people too because of whom this government is there by providing them with their proper rights. Rights had been given to the people previously too but it was all virtual.

Apart from this, the management of natural resources is done with full excellence. How? Gujarat is the only state where 20% of the area has 71% of water resources and other 80% has 29% of water resources. Water is a most important component of one’s life, without that life is not possible. And it’s management and saving is done so efficiently. Cleanliness is also taken is care.

The city is too clean. If a person is dumping something outside which can harm the environment then he or she should have to pay fine for that.Various schemes has been issued under his governance for citizen’s good. He focuses on the education of each and every person. Because of which the literacy rate of Gujarat has improved. Various schools and education centers have been opened.

This is just only one part or one state he governed but now he is a prime minister of India from past one year and he has done the same thing which he had done in Gujarat. He is taking India to another level as to be in the list of developed countries.He has introduced India to many countries and had made so many relations with other countries.

He took this to that level that now many countries are ready to invest their money in our country which is a very big thing. He met the US president Mr. Barack Obama this year and signed many documents on many issues. He is trying to remove corruption from its roots and is doing very hard because that is one of the main drawback due to which India is lagging behind other nations.

He has many rivals standing in front against him but he never takes care of that and moving ahead toward his dream of making India to stand in a long run.