Gorakhpur Tragedy – What led to death of 63+ childrens in BRD? 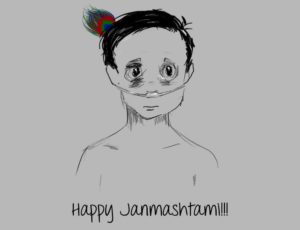 At least 70 kids have died over the course of 5 days at the Baba Raghav Das Medical College hospital in Gorakhpur, Uttar Pradesh. Authorities have launched an inquiry into the causes of the oxygen disruption but denied reports that it had caused the deaths at the state-run hospital. –TOI Reported

Since the grand electoral win of the BJP led state govt. and Yogi Adityanath as the CM of the state of Uttar Pradesh, there were many changes made in the state. New policies and schemes were introduced. New tenders were given to new agencies.

Same was done with the oxygen supplying agency at BRD, Gorakhpur. The previous tender was sacked and the new tender was given to a local agency, Pushpa Pvt. Ltd.

But unfortunately, the state govt. forgot to pay the payment to the company for its previous supplies of oxygen cylinders to the hospital and as a result, the company, on 11th august, vaulted its supplies for the hospital. Just some days before Krishna Janmashtmi, around 30+ infants died due to lack of oxygen. This was something unexpected.

A Doctor, Dr. Kafeel Ahmed, emptied his pockets to get oxygen cylinders by his own to protect whatever he could. The Doctor was, at that time, a face of god, who helped and tried his best to save lives. This is another thing that he was later accused of many false charges and was removed from his current charge.

This tragedy brought heavy loads to every Indians’ heart.

There are various allegations being run by the social media trolls and fake news channels but the truth is that the negligence of the state govt. and authorities brought this day to happen.