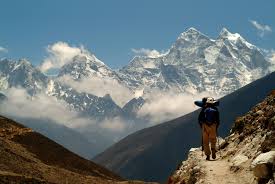 Trekking is my passion which pushes me till my limits. An extra-ordinary journey started from my home town Ahmadabad to “devo bhumi” Himachal. I have been their for almost 9-10 times but this time i had no idea that i will experience such Goosebumps which made me shock for almost a week. After reaching the heights of tosh and malana i was on the way to magic valley which is named by malana localities. I don’t know the exact name of valley but it was real magic.
We started our journey at morning 10am from malana towards magic valley. the day was ekadashi (according to Hindu rituals). the journey was of one and a half day from malana and we decided to do campaign near “parwati pond”, this pond doesn’t get frozen in month of December also we were surrounded by ice and we heard stories from localities that on the day of “ekadashi” three gods that are ; Brahma Vishnu and Mahesh comes to earth to take bath from parwati pond as gods themselves considered it holy and pure. this bath takes place at the time of ” Brahma mahurat” that is 4 a.m. in the morning, so we decided to stay back and to see what happens! me and one of my friend sat near the camp where pond was visible with mugs of coffee, we were too sleepy but the excitement of unknown was not letting us sleep. we had almost 7-8 mugs of coffee and we saw some changes we could see one small point of light came and slowly touched the water and went towards the sky and that scenario heated us in that cold breezy winter and the time was 3.48 a.m. and I think this incident took place nearly about 3.45 a.m. this magic lead me believing in super natural powers and made me believe that something is there that runs this universe and my eyes were fully wet as if i was crying but the emotion of crying was absent. This track route is travelled by many people but this incident took me beyond any limit.
So traveler, explorers, solo travelers and people who are crazy for trekking must visit this place which will give you the experience of entire new world which is beyond imagination.