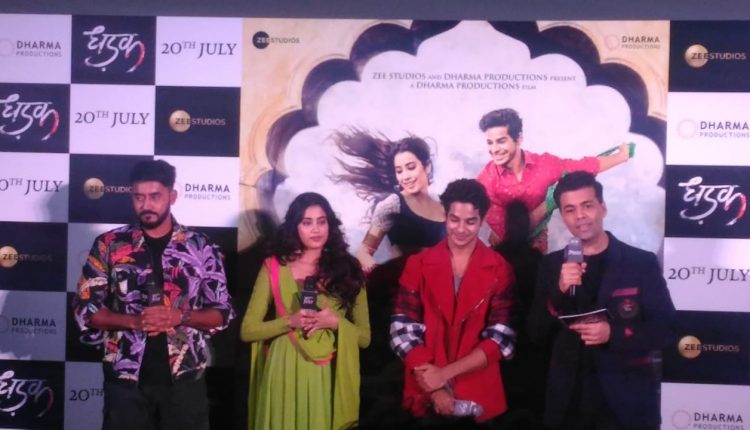 In Dhadak, Janhvi and Ishaan play two small town kids from Udaipur who fall in love. However, their families are against their union, which drives them away from their homes. It is an official remake of Marathi hit film, Sairat.

The film releases on July 20. Arjun Kapoor watched sister Janhvi Kapoor’s Dhadak trailer and this was his reaction too.
“#JanhviKapoor, today starts a new & a beautiful journey! You are amazing and so is #IshaanKhatter! Both of you are magical in the #DhadakTrailer… Only love for you both! All the very best to the whole team…,” he wrote in the tweet.

Janhvi Kapoor’s big day arrived on Sunday, when the trailer of her much-anticipated Bollywood debut, Dhadak was launched with great fanfare. As expected, the newest kid on the block looked ravishing.
Dressed in a green Manish Malhotra salwar-kameez, Janvi looked straight out of the movie. It was quite apparent that Janhvi decided to dress up like, Parthavi, her character in the film. 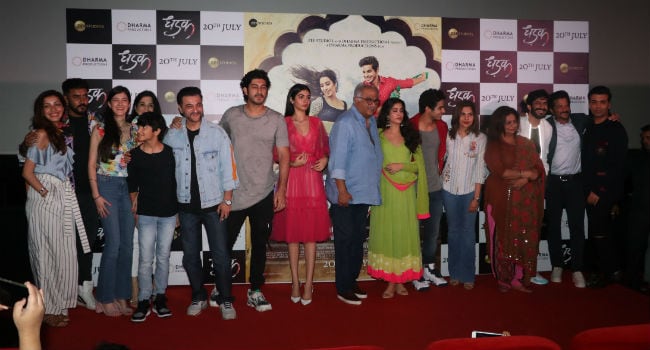 Her whole family came to praise her but she got emotional as she was missing her mom ” Late Sridevi Kapoor “.

Well, we don’t know how the movie is going to fare at the box office, but one thing’s certain, Ishaan and Janhvi’s chemistry is magical!