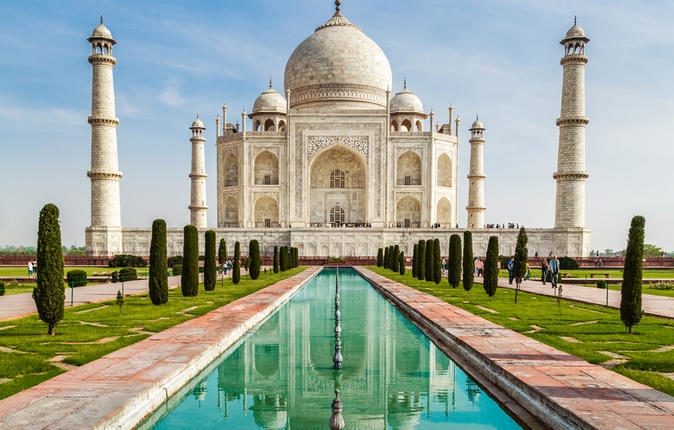 DELHI What a Beautiful Historical Places

In the year 2012 I went to New Delhi and had visited many places but the wonderful places that I had visited is the Historical monuments in New Delhi like
1. Qu tub Miner
2. Red Fort
3. India Gate and
4. Other Historical monuments etc.
As it was a really wonderful trip and also we enjoyed a lot with my friends and families and in the future if I get a chance again I would like to visit the same Historical places etc. We went to Delhi by Rajdhani Express and it was a wonderful and Aksum journey to Delhi etc.
The Historical monuments of Delhi was being constructed by the emperor like the Taj Mahal in Agra which was constructed by Shahjahan for his be-loved wife Moomtaz and it is being considered as the 7th wonders of the world etc. Other than that even Qu tub Miner which was constructed by Qu tub-Ud-din-Ibak and it is a very huge which looks like a tower, though it has been constructed long years before but even now it looks very beautiful and outstanding etc. As we all had started early in the morning and I and my friends and family had hired a bus and we went to visit Historical places etc.
Also other than Historical places we also went to Gurgaon which is in Haryana and also it is famous for IT houses in India which can be said as there are many IT companies which are located in Gurgaon, also there are many places to visit etc. Also the new name of Gurgaon is Guru gram etc.
As from Delhi to Gurgaon both the places are connected with Metro, so due to that the travelling also becomes very easier and luxurious etc.
Other than that also we know that New Delhi is the capital of India and it is also considered as one of the Metro-Politian city where many tourists from different places come to visit the historical monuments etc.
We also visited people from many different places and had also interacted with them and also experience a lots of things etc.