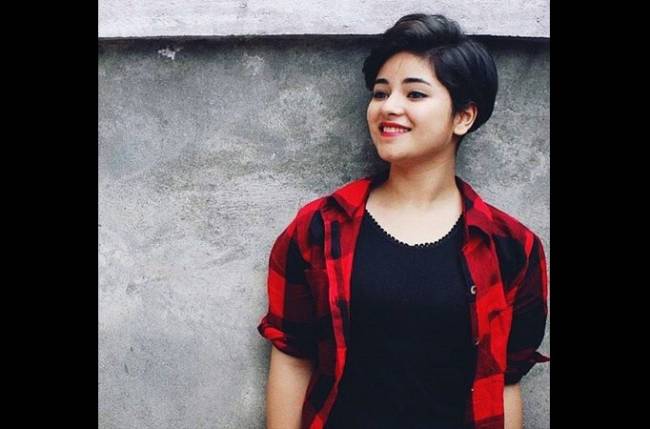 Actress Zaira Wasim, best known for her roles in Flick Dangal and Secret Superstar , annouched her ” Diaassociation” from the field of acting on Sunday , 30 June.

She stated that she was not happy with the line of work as it interfered with her faith and religion.

We found in detailed note on her Instagram page , which she later shared across all social media platforms , she she she fits here in this industry perfectly but she do not belong here .

She also said she thought 5 years ago when she did Dangal , she has changed her life forever as she stepped her foot in Bollywood industry .

The actress completed five years in the profession , she wanted to  ” confess that she is not truly happy with this identity i.e my line of work “.

“For a very long time now it has felt like I have struggled to become someone else. As I had just started to explore and make sense of the things to which I dedicated my time, efforts and emotions and tried to grab hold of a new lifestyle, it was only for me to realize that though I may fit here perfectly, I do not belong here.” – Zaira Wasim

Wasim said the journey has been “exhausting, to battle my soul for so long” and life was too short yet too long to be at war with oneself.

About announcing the decision on social media, the actor said she was openly doing so not to paint a holier picture of herself, but “this is the least I can do to start afresh”.

Wasim will next be seen in The Sky is Pink, which also stars Priyanka Chopra Jonas and Farhan Akhtar. The film completed shooting in March and is set for release late this year.