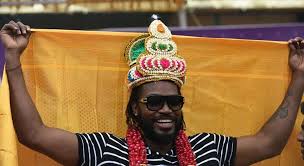 “Oh, the storm is walking out to bat Chris Gayle.  Oh, this is going to be brutal. Oh, I am so sorry for the bowlers here. Oh, and they are probably shaking in their pants right now. Chris Gayle, you are the man. CG, you are the man. It’s Gayle-force. Look out!”  Chris Gayle’s exact words when during a recent interview he was asked to describe himself as a commentator.

Few cricketers carry this confidence and Gayle or let us call him the ‘Universe Boss’, is definitely once-in-a-generation cricketer. The greatest T20 cricketer of all time and the only person to amass over 10,000 runs in this format, has moved from Jamaica Tallawahs to St Kitts & Nevis Patriots (SKNP) in the fifth edition of the Caribbean Premier League. Gayle is a complete cricketer, who boasts a fabulous record in Tests and ODIs but according to him, it’s the T20 format that is tailor-made for him. He rather likes to put it, “I created T20 cricket,” and as a “creator” he has a few bits of advice for his peers and colleagues. SKNP have struggled in the recent past in CPL but Gayle believes that his addition to the side as their new skipper will get the eyeballs back to the faltering side. 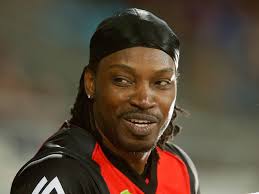 Gayle believes his main strength lies in the mental aspect and obviously his physical strength complements it. He also loves entertaining the crowd, whose support gives him goosebumps. Truly, his presence has helped SKNP. He has already slammed a fifty and the team is placed at the second spot in the points table with back-to-back victories.