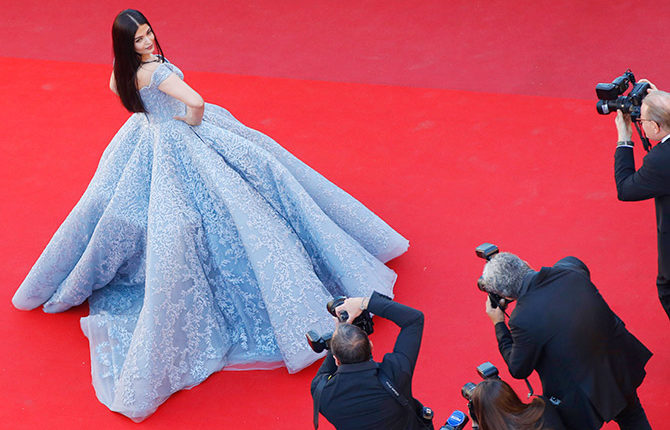 Don’t you just love this time of year? Right after awards season and the Met Gala, comes the luxurious and over-the-top Cannes Film Festival. With plenty of beautiful gowns, tons of celebrities, and massive yachts, it’s never a boring time. Here is the list of best-dressed celebrities in Cannes film festival this year: The actress goes full Cinderella in a full-skirted periwinkle ballgown at the Okja premiere. Bringing another major cape moment, the actress coordinates in head-to-toe emerald green (from her eye shadow to her heels!) at the Loveless premiere.

The Indian actress glows in an eggplant-colored Marchesa gown teamed with a bold lip and drop earrings at Ismael’s Ghosts premiere. Julianne Moore proved green was her hue, in this pretty shirt dress by Sonia Rykiel on day 2 Lily Collins in a striped, ruffled one-shoulder top and a sequin skirt on day 3 Lily Donaldson in a bustier-style and sheer tulle Chanel dress Monica Bellucci made a showstopping entrance in this figure-hugging, navy custom-made Dior tulle gown. You wouldn’t expect anything less from the host of the evening The supermodel changed out of her sheer knit fancy pants and into a structured Ralph & Russo Couture column with sheer side panels and a Chopard necklace.