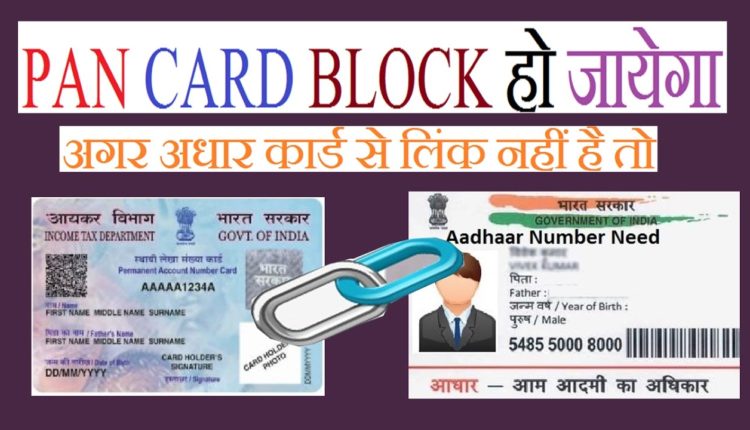 The Income Tax Department has urged taxpayers to link their Aadhaar with their PAN, using an SMS-based facility.

What you have to do:

The way in which advertisements published in the newspapers from the Income Tax Department have also been told to add the basis of the PAN. To do this, anyone can SMS to 567678 or 56161 from their mobile phones.

It said people can also visit the official efiling website of the department to link the two identities, in both the cases– identical names in the two databases or in case where there is a minor mismatch. It says that the unlimited benefits of income tax facilities will be availed online by joining the two numbers. According to the advertisement, to obtain a new PAN, the basis of the PAN application will be inserted in the PAN database, citing the basis. Or the basis for reprinting the PAN card can also be cited in the request form. 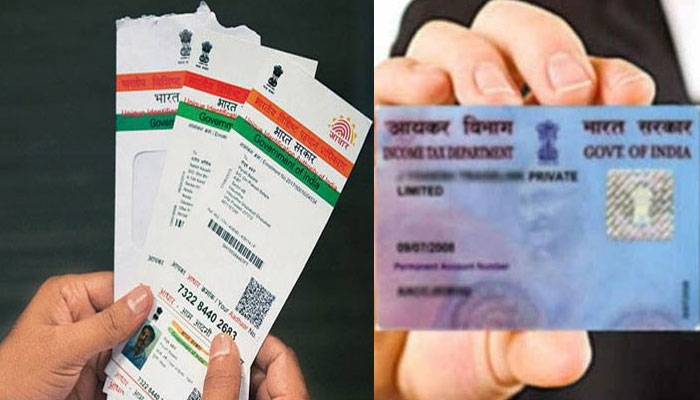 It said linking the two numbers is the key to “seamlessly avail online, a world of income tax facilities.” Also said  “Aadhaar can also be seeded into PAN database by quoting Aadhaar in PAN application form for new PAN allotment or by quoting Aadhaar in change request form used for reprint of PAN card,”.

The Income-Tax-department had early this month launched a new e-facility to link a persons Aadhaar with the Permanent Account Number (PAN), a mandatory procedure for filing I-T returns now. The departments e-filing website has hosted a new link on its homepage to link the two unique identities. For this link, the person has to punch the name given in PAN number, Aadhaar number and Aadhaar card. Linking will be confirmed after verification by UIDAI (Unique Identification Authority of India).

“After verification from the UIDAI (Unique Identification Authority of India), the linking will be confirmed. “In case of any minor mismatch in Aadhaar name provided, Aadhaar OTP (one time password) will be required,” the department had said in its advisory to taxpayers and individuals. The OTP will be sent on the registered mobile number in the Aadhaar database.

The government, under the Finance Act 2017, has made it mandatory for taxpayers to quote Aadhaar or enrolment ID of Aadhaar application form for filing of Income-Tax returns (ITR).

Significantly, the government has made it mandatory to link the PAN to Aadhar card. Now whether there is a PAN application or ITR filing, you must mention the Aadhaar card in every situation.

Government has given time till July 1 to link the PAN to the base.