Teenagers are a puzzle,and not just to their parents when kids pass from childhood to adolescence their mortality rate doubles,despite the fact that teenagers are stronger and faster than children as well as more resistant abound with explanation .

The adolescence age , the child when he is of 18 he thinks that now he is fully independent.but the boundation  or the restriction on him/her make him angry feel stressful. They  get effected or attracted towards the bad habbit-

They thinks that they are fully matured or they are matured enough to take the right decision and this over confident skills put them into troubles.

“scientist used to think that human brain development was pretty complete by age 10,that a teenage brain was just an adult brain with fewer miles on it” 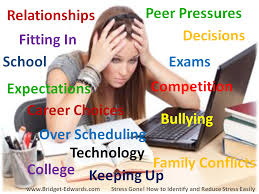