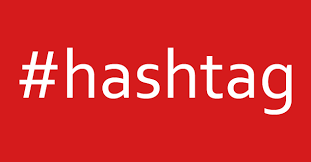 The Rise of Hashtag Advertising

Social media has become a part and parcel of our lives. If anybody wants to promote his business, he would depend heavily on social media. And when one uses social media, the use of hashtags is inevitable. Hashtags have completely changed the way people used to use Twitter and other social media platforms. These hashtags provide significant details to the audience which the company wants to advertise among the customers. They help in online searches by labelling the posts with relevant words. These hashtags can be used to trace the topics of interest. The brands are running cross-channel campaigns with a single identifier, thus making hashtags the global hub of the social wheel.

The use of hashtags is quite a new phenomenon. On July 2, 2009, Twitter hyperlinked the hashtags to search results thereby making official entry of hashtags in the social media. On August 18, 2009, Tumblr also started using the hashtags officially marking itself as one of the early adopters of hashtags. With increasing usage of hashtags, on March 30, 2010, hashtags became the conversation driver on Twitter. With passage of time, the hashtags became a part of the mainstream media and made their space on TV shows also. Hashtags transformed itself from fad to fashion very quickly. On January 27, 2011, hashtags made its way into Instagram posts. On March 17, 2013, Flickr also joined the league. On June 12, 2013, finally, the king of social media Facebook adopted hashtags.

Twitter has been playing a significant role in the world of hashtags. The companies are using the hashtags medium on twitter as an exclusive component of their advertising strategies. The Twitter hashtag ad has a multiplier effect. It comprises of some action buttons with a lot of other associated custom hashtags the companies have created as a part of their campaign. The users can pick between hashtags under the tweet and then retweet the ad which further promotes the products. For example a coffee company asks the twitter users to pick between the various hashtags created. Once the follower clicks on the button, a message pops up. The follower can add his own message to the popped up message and retweet it. The follower receive a thank you message and is appreciated for supporting the campaign. This way the companies use hashtags to include the consumers also in the advertising campaigns.

Motorola and Lenovo collaborated with each other to launch Moto Z smartphone with a series of hashtag campaigns. The results were much beyond their expectations. There was huge buzz going among the followers. The users were talking about the specifications of the smartphone in length. There were multiple polls regarding the success of the launch of the product. The polls also helped the company to understand where the users’ actual preferences lie. The hashtag phenomenon made the actual results quite matching to the results of the campaign.

#WantAnR8 campaign by Audi was one of the most successful campaigns thanks to the world of hashtags. This campaign was so successful that even Twitter named it as the most successful campaign ever at the Cannes Lions 2012. It started with one tweet by a user with hashtag WantAnR8 to show that he wanted an Audi R8. Audi saw the opportunity and created a small contest around it which further bolstered the use of hashtag. The followers were to post a tweet using this hashtag. The lucky winner was promised a chance to win an R8 for a day.

Coca Cola is the prominent brand in the area of innovative marketing campaigns. The company started #ShareaCoke campaign on Twitter and launched an interesting emoji known as ‘hashflag’. Whenever any user used the hashtag, a screen would be generated showing two coke bottles clinking together. The campaign invite response from massive public. Within few hours of the launch of the campaign, the number of hashtags uses started touching the sky marks.

Hyundai showcased an exemplary hashtag advertising campaign by launching a new SUV, the Tucson using the #BornDynamic hashtag. The campaign was a great success. To create more buzz around the product, they started a small contest in which the users were asked to give examples where they showed dynamic behavior. All those people who answered were chosen as the best found their names associated with the hashtag of the day. Similarly a lot of other companies like Tata, Vodafone, and Nestle etc. have been using the hashtag advertising for their products. 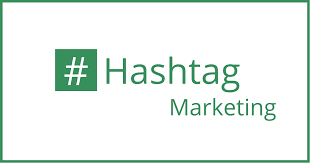 A small hashtag now encompasses the capability to make any cold pie a hot cake. A trending hashtag doesn’t remain stick to only one social media site. From Twitter to Whatsapp to Facebook to Instagram and finally to the TV shows, it makes its journey and ends up creating a long story behind. Now if there is any competition going on, the fans will keep showing their support for their Favorite teams by putting hashtags of the team names. The team getting maximum number of hashtags is announced as the best team much before the actual results are announced.

Not just the private sector but the government also recognizes the importance of hashtags. During one of the State of the Union address, the public relations team of the White House prepared the content of the post and did a pilot testing with 26 different hashtags. On the basis of the response of the followers, top 7 trending hashtags were shortlisted and rest of the 19 hashtags were dropped. Later on, the top three most trending hashtags made their way to the final campaign. Thus, the White House used the hashtags successfully and created the difference in the arena of digital media marketing.

Gone are the days when hashtags were used just to add narratives or categorize the posts by the brands. The companies, these days, use hashtags to attract the attention of the customers in every possible manner. The brands drive the conversation among the followers, garner the support of the users through hashtags. Sometimes, the brands tend to use those hashtags which are well known. An effort to hijack such trending hashtags is a very risky move and can lead to huge losses to the brand equity. The companies should be very much careful before attempting to do so. The companies should also be careful about the timing to use the hashtags. E.g. a pizza company Digiorno, after doing a lot of market research, decided to use the then trending hashtag to promote the brand. Unfortunately, the company didn’t know that the hashtag was related to domestic abuse and thus the move to use the trending hashtag backfired. There was huge social protest against the company causing huge loss to its brand equity.

The hashtags should be informative in essence. The abstract hashtags do not generally sustain in long run. For example, #IceBucketChallenge is an informative hashtag which created a tremendous spur in the world. However #WTFF which means “What the French Fry” didn’t work out for Burger King as the users couldn’t relate to it. The hashtag should be properly proofread so as to avoid any sort of confusion later on. Sometimes the hashtag words might be similar to any bad word phonetically. The companies should take care of such things very carefully. Also, it is not necessary that the hashtag will bring good results only. In case the hashtag doesn’t bring the expected results, the companies should have a back-up plan. One of the most innovative uses of hashtags is the live tweets during launch of any product. The hashtags should not be very long but should be very concise and simple. Overdo of anything is bad and the same applies to hashtags. Excessive number of hashtags fades the complete essence of the post. The hashtags should be constantly followed and monitored. By doing so, the companies can understand the trends in the market and develop their further advertising plans accordingly.

A Quick Rap : When a company plans to launch a hashtag to promote its brand or any of its products, it should first understand the target audience. Then, on the basis of the target market, the company should try to find some key words or phrases which are most appealing to the prospective buyers. Using any hashtag randomly without proper research in the background is similar to a shot in the dark. The hashtags not only allow the users to categorize their own posts but also provide them the relevant popular news material without the user making any effort for it. Clearly, the hashtags are here to stay for long!