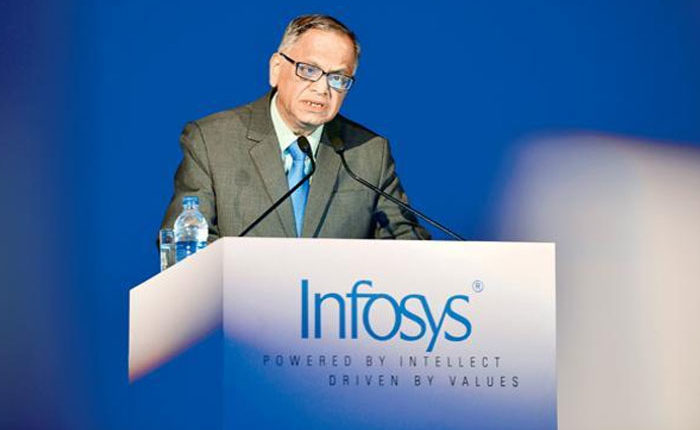 There is a continuous process to remove employees in the country’s largest IT companies. In the same sequence, reports of Wipro, Cognizant and Infosys were excluded from the staff. The co-founder of the country’s second largest IT company and Tech Titan Narayan Murthy has suggested to stop the chilling crisis. Murthy said that the officers sitting on higher posts can save the job of junior staff by reducing their salaries package. In an interview with ET NOW, he said, “I feel like saving our youth job is a coincidence. If people of senior management make some adjustments in their salaries and take a cut, then it is possible to keep jobs safe. “

Murthy also said “Let us remember we have gone through this several times in the past. We went through that in 2008, in 2001. So, this is nothing new. Therefore, there is no need for us to become extremely anxious. We have had solutions to such problems in the past “. 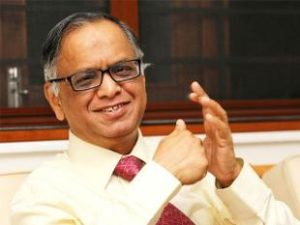 Murthy said Infosys did this in 2001 when the market shrunk. “Let me give you example of Infosys itself. When the market became very tough and it shrank actually in 2001. We all sat together with senior management and then we said – look let us make some sacrifice and ensure that we protect the jobs of youngsters,” he said.

“That time we had offered jobs to 1,500 engineers. Several companies were postponing the joining day. We said let us not do that, let us demonstrate the commitment to youngsters by senior people taking some salary cuts based on the disposable income as we go down the hierarchy and welcome those 1,500 engineers,” he added. 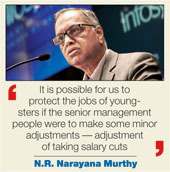 Let us know that some time ago there was news of controversy between Infosys co-founder Narayan Murthy and the company’s board. Murthy raised questions about giving 60 to 70 percent hike to people on top posts of the company. Murthy had also expressed grief over the huge tear on behalf of IT companies.

There have been reports of large scale retirements coming from IT companies for some time now. Companies say that they are doing this to reduce their costs. Infosys, the country’s second largest company, had to retire its senior and mid-level employees. The company showed the way out to the employees on the basis of annual performance. Experts say that many IT companies are upset due to their slow growth. The technology is changing rapidly. Apart from this, changes in visa rules in many countries have also affected companies. In addition to Infosys, Wipro and Cognizant were also cut off.