India’s space agency ISRO and USA’s NASA have joined hands to develop an imaging satellite that will be used for natural resources mapping and monitoring.

Till recently, American space agency NASA and India’s ISRO were almost forbidden to talk to each other as sanctions were in place. But that has changed now, and the two space agencies are jointly making a satellite called NISAR that will monitor the Earth like never before. ISRO is working with Jet Propulsion Laboratory (JPL) of the NASA for developing this ‘Dual Frequency (L&S band) Synthetic Aperture Radar Imaging Satellite’.

India and US have set a target of 2021 to put their collaborative earth observation satellite NISAR in orbit, ISRO Chairman AS Kiran Kumar said on Thursday. NASA and ISRO are working together to develop a synthetic aperture radar satellite to observe and measure ecosystem disturbances, ice-sheet collapses, and natural hazards. The data gathered from this mission will help build climate resilience and potentially save lives, said U.S. Ambassador to India Richard Rahul Verma. 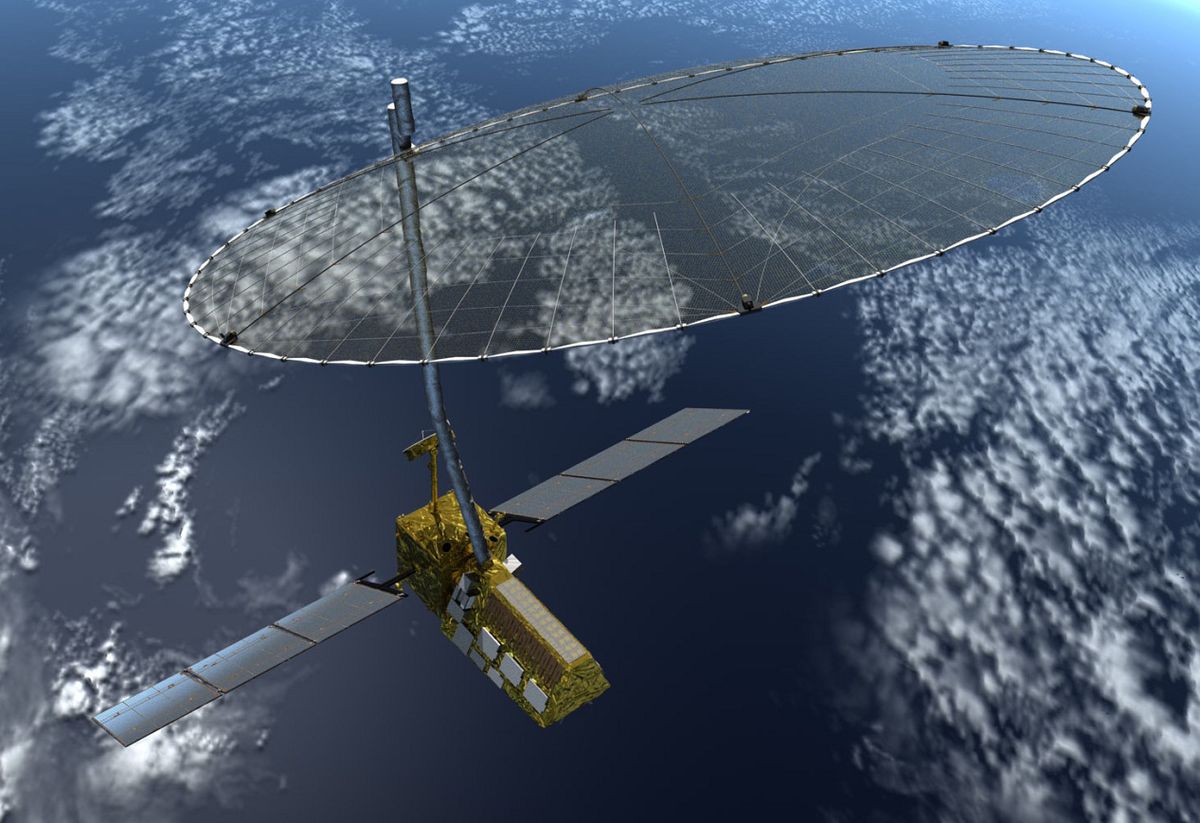 NISAR or the NASA-ISRO Synthetic Aperture Radar satellite could possibly be the world’s most expensive Earth imaging satellite and will cost the two countries over 1.5 billion dollars. Indian Space Research Organisation (ISRO) was working with National Aeronautics and Space Administration (NASA) of the US to undertake the launch of NISAR by 2021, he told reporters in Sriharikota after the successful launch of GSAT-6 onboard GSLV-D6. “One of the GSLV Mark II will carry NASA’s satellite NISAR in 2021. There is a very good chance of commercial requirement. Currently, we are working on it,” he said.

Mr. Rosen says “We are going to be making snapshots of the Earth every week using these two radars that give us a time lapse image of the motion of the tectonic plates, of the ice sheets, of the changes in vegetation over land in agriculture and forests. So what we are doing is looking at time variability of the Earth over the life of the mission to understand how disasters evolve, how earthquakes occur, how volcanoes occur, how the ice sheets are changing and affecting sea level rise, and how forest fires and changes in the forest cover affect the atmosphere. It is very relevant to what society cares about which is changes in our climate, changes in our environment and how it affects society.”

NISAR Mission (NASA-ISRO Synthetic Aperture Radar (SAR) Mission) will be a dedicated mission to optimally measure intrinsic changes of the Earth’s surface associated with motions of the crust and ice surfaces. The satellite will also be used for estimating agricultural biomass over the full duration of the crop cycle, assessing soil moisture, monitoring of floods and oil slicks, coastal erosion, coastline changes and variation of winds in coastal waters, assessment of mangroves and surface deformation studies among others.

“NISAR is the first big collaboration between NASA and ISRO, certainly on RADAR but just in general as well. This is two frequency RADAR, it is an L-band 24 centimeter RADAR and S-band 13 centimeter. S-band is being built by ISRO and L-band by NASA. It is a major collaboration both in terms of the technical building of the satellite as well as working together across the Pacific between India and US,” said Paul A Rosen, a scientist working on the NISAR satellite project.