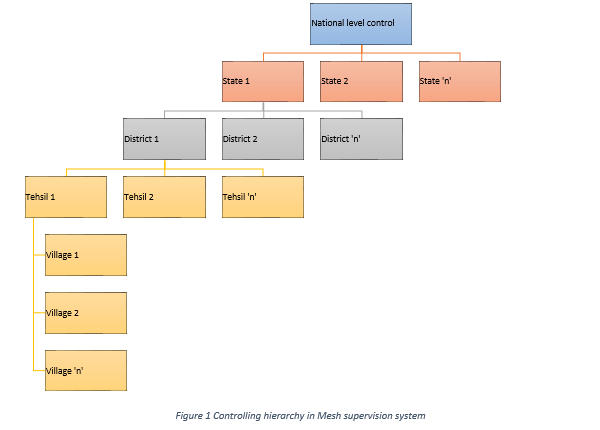 Let’s create “corruption free India”-Implementation and consequences
Till date we are talking about corruption, every time, especially at election time. All the leaders have promised that they will make India a corruption free country. Have they succeeded in doing so? If yes, then by what percentage? Even if India is the strongest economy in the world in current scenario, corruption is the biggest obstacle in transformation from ‘developing India’ to the ‘developed India’. Even though government has implemented many projects like “Jan-Dhan-Yojana” which will decline the corruption line and helps in “Make in India”, this is not enough to make India more developed. According to the reports of www.tradingeconomics.com, India ranks as 76th least corrupted nation in the list of 175 countries. So, in such instance is it really possible to reduce corruption in the country? Are the plans which were made to reduce corruption working effectively? Or there is any need of change in working style and policies according to time?

Following are the few ideas which may help out public as well as government in fight against corruption:
Corruption is basically more in rural areas as compared to the urban areas. Main reason for this may be is more ignorance towards rural area. After that tehsil level is most corrupted and finally comes district and state. So in case if the supervision level changes from lower to higher instead of higher to lower, can corruption be reduced with the help of digitalization? Here, digitalization includes the combination of quality CCTV’s and internet. Let’s take example of construction sector. The controlling levels (hierarchy) in such projects can be as following:

DIGITALIZATION: The concept begins with digitalizing each and every vendor. Here, vendor will get unique code which will be linked with their UIDAI number. And for citizens, there will be different forum on which they can directly post any picture, video or document in case of lower quality equipment use or construction. Their identity will not be revealed by government. Each and every material and equipment needed for government construction area will be purchased from the vendor which will be associated with his unique code. Along with this, the picture of all the materials will be captured with a camera and will be uploaded online. Thus all the information will get recorded in government database. Same information will be uploaded on citizen forum. Thus if any of citizen founds that if work is not going to the specification, can complain about such cases online. It will not only give more power to citizen in participating against corruption, but also increase development rate.

MESH SUPERVISION SYSTEM: Mesh is topology where each system is connected with all the remaining peers. It is said that country develops when its villages develops. If CCTV’s will be installed on each of the above hierarchy levels, then any of the workplace can be easily supervise using this system, from any other peer in India. Main places to install such system includes all government organization, especially place of monetary transactions. It will be better idea to start implementing such project from rural areas and then go for urban area. As per shown in hierarchy, any of the upper level system can be used to observe whether work is going fine or not. For e.g. Kerala state government can observe any of the district work in Kerala or any other state. This will create some fear factor in mind of related persons and thus they all will try to show their place as best place. This will ultimately result in healthy competitive environment. In such cases, corruption can be assumed to fall down by more than 70%.
Hence, we can say that all the government servants are being observed by number of people in the country and there it will be very difficult to go for corruption. Though such project requires lot of capital at the beginning, the money saved by avoiding corruption will repay debt within few months of system installation. It is said that for great achievements, sometimes we need to step for great decisions. If such thing happens in India, the day is not far when the name ‘India’ will be taken with full respect in list of corruption free nations.
Jai Hind!!!

A kind of a person who is passionate towards the long term goals and believes on fact that for achieving anything, proper planning and timely execution is must.