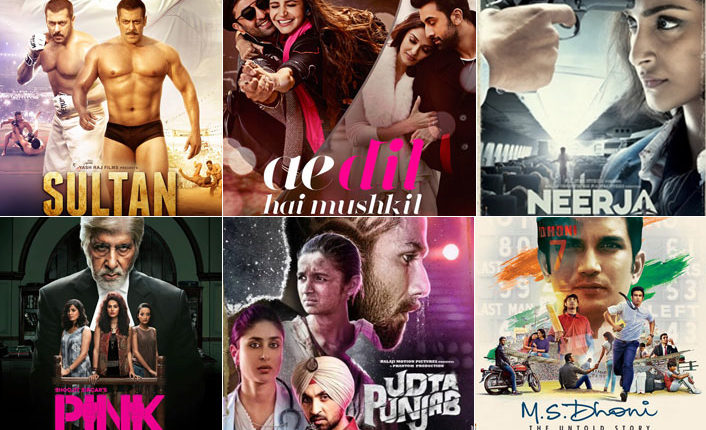 We are finally at that time of the year when Bollywood takes off to an exotic destination to celebrate films on the name of IIFA Awards. The glamorous award show is all set to be held in New York this year(14th – 15th of July) with who’s who of Bollywood graced the do.

The IIFA nominations are out, and it is not what we expected at all. Ae Dil Hai Mushkil leads nominations as Dangal and Airlift go missing. Karan Johar’s “Ae Dil Hai Mushkil” is the front-runner in the nomination pack of the 18th International Indian Film Academy (IIFA) Awards with a chance to win in eight categories, followed by “M.S. Dhoni: The Untold Story” which has been nominated across seven categories.

The makers of the wrestling drama, starring Aamir Khan, reportedly didn’t submit the film for consideration when the voting for final nominees began a month ago. Aamir Khan famously refused to attend award shows – he didn’t show up to collect the Filmfare award for Best Actor that he won for playing wrestler Mahavir Singh Phogat in Dangal. It appears that his film also isn’t feeling the need to be validated by trophies – the five-star reviews and Dangal‘s mega success at the box office are plainly enough. The movie is currently busting the box office in China.

However, fans are shocked who has been nominated this year. Aamir Khan’s Dangal, one of the blockbuster hits, critically and financially a successful film, has been completely overlooked. Not in one category do we see Dangal. The film that is leading in all the nominations is Ranbir Kapoor, Anushka Sharma-starrer Ae Dil Hai Mushkil, and both of them have been nominated for Best Actor (Male) category and Best Actor (Female) category. 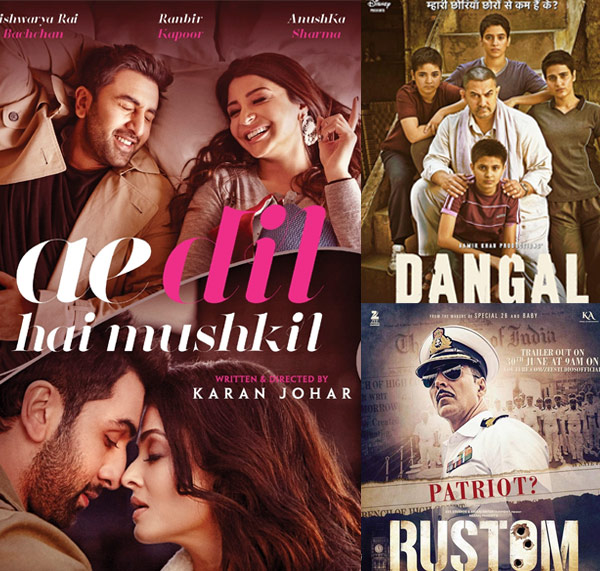 Of course, there’s also Salman Khan’s Sultan, Shah Rukh Khan’s Fan, Sonam Kapoor’s Neerja, Sushant Singh Rajput’s MS Dhoni: The Untold Story is credited for its brilliance. But it’s quite surprising how Aamir Khan and Akshay Kumar have not being nominated under a single category at IIFA this year. I mean, Akshay’s Rustom was honored with a National Award this year while Aamir’s Dangal was declared as 2016’s biggest blockbuster but still, both the films haven’t made it to the IIFA nominations this year…
The list of nominations in the popular category for IIFA was announced via a statement on Friday. Aligarh, Hansal Mehta’s film, which did not find even a special mention at the National Awards 2017, has found a presence, as actor Rajkummar Rao has been nominated for Best Supporting Actor (Male) category. Udta Punjab, one of the critically acclaimed movies, has also been nominated in multiple categories.

Set to be held at the iconic MetLife Stadium in New York July 14-15, the two-day IIFA festival — produced and created by Wizcraft International Entertainment — will see a congregation of film celebrities. The voting poll will be open from May 20 until June 18, 2017.

BEST ACTOR IN A LEADING ROLE

BEST ACTRESS IN A LEADING ROLE

BEST ACTOR IN A NEGATIVE ROLE

DO YOU AGREE WITH THE NOMINATIONS LIST THIS YEAR? TELL US IN THE COMMENTS BELOW.