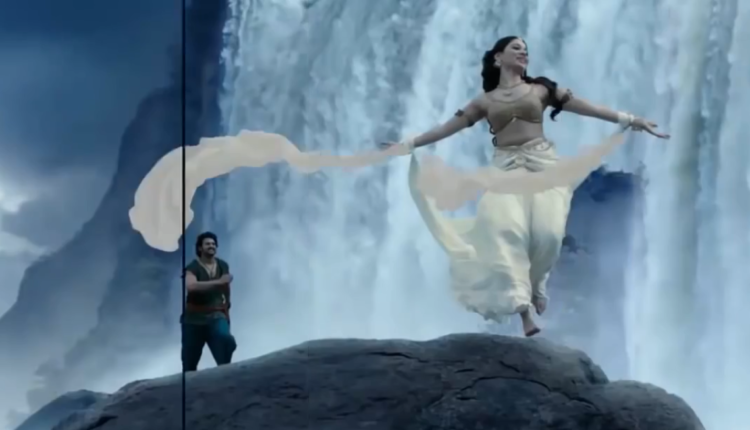 Everyone has their own level of imagination. Imagination will not cost much but it values more. But one should start with it!!!!!!

Imagination may or may not be realistic, but the movies brought to you by the FILM INDUSTRY will bring all the imaginations into a visual reality to the viewers. In this way movies will allow the imaginators to explore their Thoughts and Ideas.

As we all have seen the progress of the Film industry or movies from the stage of silent movies to the stage of 3D 4D 7D and 11D.

Movies will represent an imagination and it will inspire people. This will depend upon the director of the movie as to how he projects the film to the audience. For example in older days there were no action scenes and fast beat songs. But now, the movie will hit the market if there are action scenes and fast beat songs. The director can easily convey his message to any age group of people which may reflect some change in his/her life. Only in movies the animals will speak, dance, and express their emotions which are beyond imagination.

Only film serves as a great entertainment with its colorful cast and numerous plot twists. The recent change in the Indian film industry is the virtual picture (e.g. BAAHUBALI) wherein the imagination was Beyond the mark like it was picturized in a way that it is possible to think beyond the reality after seeing the scenes of Baahubali. Spectacular visuals are beyond imagination. So I would like to share my opinion that that’s the power of cinema. One didn’t expect such kind of a historical epic movie in the Indian film industry. I feel that only through the means of cinema a person can play with the feelings and convey the message to the viewers for example in the movie “Bajarangi bhaijan”, the director has conveyed the message of the relationship between 2 countries. With the “Best friends” movie in English they conveyed the message of the bond between friends; Friendship lasts forever. Motion pictures and animated movies are an example of Beyond imagination movies. These animated movies, motion pictures are all developing their technology. CGI and VFX came into existence which diminished the reality and fantasy barrier. Now there are short movies too which will represent a story within 30 minutes which tells about the scope of Movies. In the mid 80’s only the imagination of dual role by the same hero came into presence which brought about a big change in the thoughts. In the movie Ghost rider the visual delivery is a treat to the viewers, these are the few examples of beyond imagination in movies.

A movie has the power to make the viewer feel as though the character running in the movie is the viewer itself as it will add life to the imagination which will capture in the hearts. Because, it will include the feelings & emotions and the concept behind the imagination. It can turn around in an instant. There is no end for the imagination or the thought process in the movie. There are around crores of movie, in which each movie will represent a different thought in a unique way to reach the audience. One’s crazy thoughts can be brought out into reality with the help of movies.

Overall a great movie comes out uniquely, with a unique imagination, with a mix of a ton of laughs and a love story including fights, animations, etc. Hence I would like to share my opinion that the only way to reach the viewers with crazy thoughts and a good message is a movie. Which will be Beyond imagination and yes it is possible in this era because of the development in technology and the support of the viewers by their views.

Imagination can change perceptions, but as they say, beauty lies in the eyes of the beholder. So also, the creativity of a movie is limited only by the imaginative capabilities of the viewer.

a person who is passionate towards the dreams world and Imagination to bring them into reality.