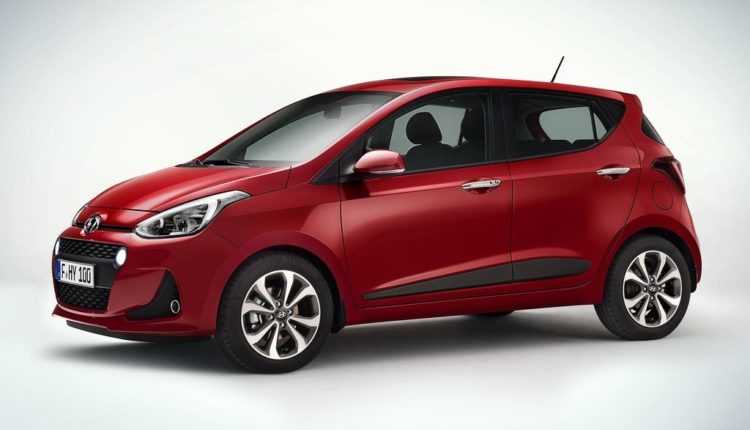 Hyundai, the largest exporter of passengers cars in the country, has two models constantly pumping volumes. The i twins in the compact hatchback and premium segment have not aged much but in order to have a sustained sales growth, the South Korean brand definitely needs to bring in upgrades. The Grand i10 is a direct rival to the Maruti Suzuki Swift which is expected to receive an all-new generation next year.

To stand in par with the competition, Hyundai must deliver something very special and that could come in the form of the facelifted Grand i10.

At the end of May, the special edition i10 was launched with new body graphics, red and black interior theme and 6.2-inch AVN system. Subsequently, a new facelift is expected to arrive in 2017.

Hyundai was earlier rumoured to launch the i10 facelift towards the end of this year but it seems unlikely to be the case as the first quarter of 2017 could be picked for the reveal. The Era 1.2 Kappa VTVT base petrol is priced currently at Rs. 4.87 lakh and it goes as high as Rs.6.99 lakh for the range-topping Asta 1.1 CRDi (O). The facelifted model could come with a certain premium between Rs.20,000 and Rs. 40,000 from these prices.

The dashboard design won’t have any significant design change compared to the outgoing model. The sporty steering wheel with mounted controls will have multi-tilt function amidst new seat upholstery. The instrument cluster will be similar with a small TFT LCD screen wedged in between while the centre console will have two adjusting knobs instead of three with round-shaped air vents.

Between the knobs is the screen displaying AC readings with button adjustments. The new Grand i10 is speculated to get a new touchscreen infotainment system as an optional feature besides availability of reverse parking camera. Hyundai could play the aggressive game by stuffing more equipment to the options list and an imporved safety standard will be key in luring customers as well.

The existing Hyundai Grand i10 petrol variant packs a 1.2-litre Kappa engine that can churn out power of 82 bhp and 116 Nm of peak torque. The diesel model of the vehicle comes with a 1.1-litre three cylinder U2 VGT motor engine that delivers 70 bhp power and 163 Nm of torque. Both engines are coupled with a five-speed manual gearbox transferring power to the front wheels.

The South Korean company’s volume aspirations in terms of automatic sales could be realised with the new Grand i10 facelift. The cheapest automatic variant in Hyundai’s line-up, the 1.2 Kappa 79 bhp Petrol four-speed AT, is more likely to be joined by another automatic version supposedly fitted to the 1.1 CRDI motor.

Hyundai is said to be working on a new 1.2-litre U2 CRDi which could be housed in the i10 facelift replacing the current diesel mill. The engines could be configured to return close to 20 kmpl petrol mileage and around 25 kmpl fuel economy for diesel variants.

The proportions of the Grand i10 facelift will more likely remain same as the outgoing model. It could measure 3,765 mm in length, 1,660 mm in width, 1,520 mm in height and stay put with the wheelbase of 2,425 mm. The ground clearance of 165 mm and boot volume of 256 litres with 43 litres tank capacity could remain identical to its predecessor. The new European-spec i10 is 100 mm shorter in length and has 40 mm shorter wheelbase which makes us thinking that the changes might be chosen for India as well.

The 2017 Hyundai Grand i10 Facelift is expected to come adorned with minor cosmetic updates. The front fascia is likely to feature the signature hexagonal front grille with honeycomb mesh while the fog lamp enclosures could be shrouded by inverted L-shaped LED Daytime Running Lights. The line holding the Hyundai badge in the middle will be eliminated. The curvy headlamp design could be carried forward with wing mirrors shaped to direct airflow to the rear.

The side profile will remain as it currently is with high-end grades featuring door garnished molding and chrome-coated outside handles. Rear glass wiper, integrated thin roof spoiler with stop lamp, a new set of 15-inch alloy wheels and rear combination lights will add character to the compact hatchback. The bumpers up front and rear are not likely to receive any changes.

The arch rivals for the new facelifted Grand i10 are Maruti Suzuki Swift, Ford Figo and Honda Brio while the recently launched Tata Tiago and the Mahindra KUV100 are other competitors in the more or less same budget preferences.

I am a caring , simple and fun loving person who loves to listen to music and roam out with friends.