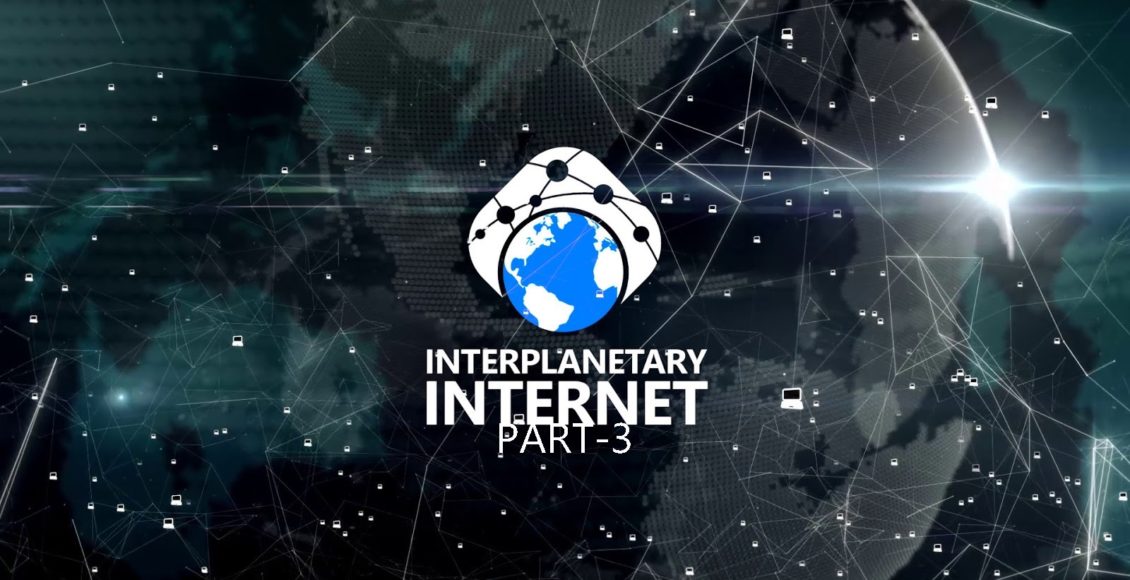 The canceled Mars Telecommunications Orbiter had been planned to establish an Interplanetary Internet link between Earth and Mars, in order to support other Mars missions. It would have used optical communications using laser beams for their higher data rates than radio waves. “Lasercom sends information using beams of light and optical elements, such as telescopes and optical amplifiers, rather than RF signals, amplifiers, and antennas“

NASA JPL continued to test the DTN protocol with their Deep Impact Networking (DINET) experiment on board the Deep Impact/EPOXI spacecraft in October, 2008.

In May 2009, DTN was deployed to a payload on board the ISS. NASA and BioServe Space Technologies, a research group at the University of Colorado, have been continuously testing DTN on two Commercial Generic Bioprocessing Apparatus (CGBA) payloads. CGBA-4 and CGBA-5 serve as computational and communications platforms which are remotely controlled from BioServe’s Payload Operations Control Center (POCC) in Boulder, CO. In October 2012 ISS Station commander Sunita Williams remotely operated Mocup (Meteron Operations and Communications Prototype), a “cat-sized” Lego Mindstorms robot fitted with a BeagleBoard computer and webcam, located in the European Space Operations Centre in Germany in an experiment using DTN. These initial experiments provide insight into future missions where DTN will enable the extension of networks into deep space to explore other planets and solar system points of interest. Seen as necessary for space exploration, DTN enables timeliness of data return from operating assets which results in reduced risk and cost, increased crew safety, and improved operational awareness and science return for NASA and additional space agencies.

DTN has several major arenas of application, in addition to the Interplanetary Internet, which include sensor networks, military and tactical communications, disaster recovery, hostile environments, mobile devices and remote outposts. As an example of a remote outpost, imagine an isolated Arctic village, or a faraway island, with electricity, one or more computers, but no communication connectivity. With the addition of a simple wireless hotspot in the village, plus DTN-enabled devices on, say, dog sleds or fishing boats, a resident would be able to check their e-mail or click on a Wikipedia article, and have their requests forwarded to the nearest networked location on the sled’s or boat’s next visit, and get the replies on its return.(To be continued)…