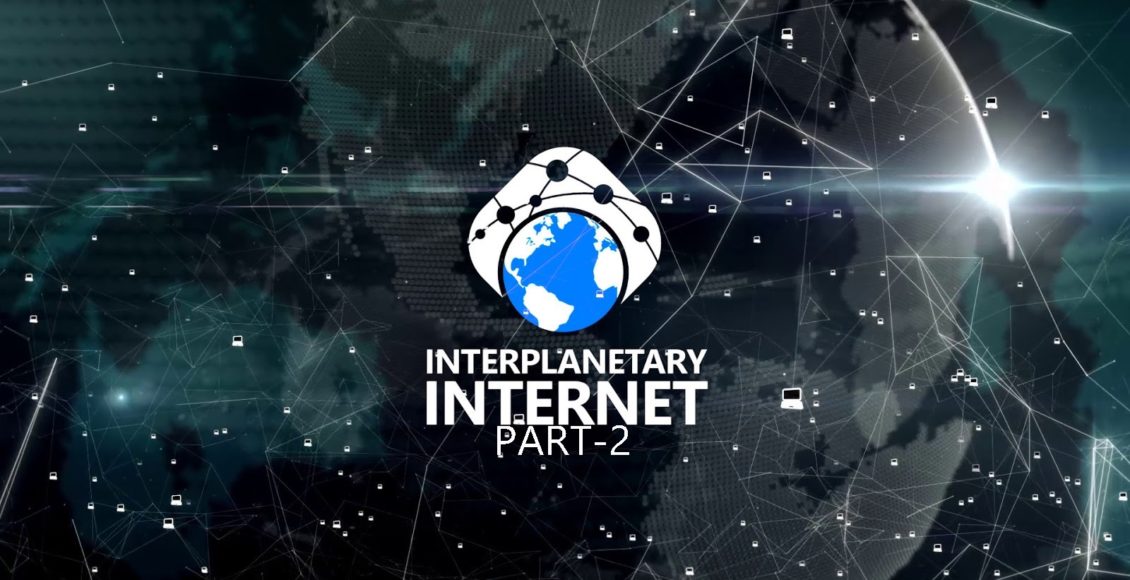 While IP-like SCPS protocols are feasible for short hops, such as ground station to orbiter, rover to lander, lander to orbiter, probe to flyby, and so on, delay-tolerant networking is needed to get information from one region of the Solar System to another. It becomes apparent that the concept of a “region” is a natural architectural factoring of the Interplanetary Internet.

A “region” is an area where the characteristics of communication are the same. Region characteristics include communications, security, the maintenance of resources, perhaps ownership, and other factors. The Interplanetary Internet is a “network of regional internets“.

What is needed then, is a standard way to achieve end-to-end communication through multiple regions in a disconnected, variable-delay environment using a generalized suite of protocols. Examples of regions might include the terrestrial Internet as a region, a region on the surface of the Moon or Mars, or a ground-to-orbit region.

The recognition of this requirement led to the concept of a “bundle” as a high-level way to address the generalized Store-and-Forward problem. Bundles are an area of new protocol development in the upper layers of the OSI model, above the Transport Layer with the goal of addressing the issue of bundling store-and-forward information so that it can reliably traverse radically dissimilar environments constituting a “network of regional internets“.

Delay-Tolerant Networking (DTN) was designed to enable standardized communications over long distances and through time delays. At its core is something called the Bundle Protocol (BP), which is similar to the Internet Protocol, or IP, that serves as the heart of the Internet here on Earth. The big difference between the regular Internet Protocol (IP) and the Bundle Protocol is that IP assumes a seamless end-to-end data path, while BP is built to account for errors and disconnections — glitches that commonly plague deep-space communications.

Bundle Service Layering, implemented as the Bundling protocol suite for delay-tolerant networking, will provide general purpose delay-tolerant protocol services in support of a range of applications: custody transfer, segmentation and reassembly, end-to-end reliability, end-to-end security, and end-to-end routing among them. The Bundle Protocol was first tested in space on the UK-DMC satellite in 2008.

An example of one of these end-to-end applications flown on a space mission is the CCSDS File Delivery Protocol (CFDP), used on the comet mission, Deep Impact. CFDP is an international standard for automatic, reliable file transfer in both directions. (CFDP should not be confused with Coherent File Distribution Protocol, which unfortunately has the same acronym and is an IETF-documented experimental protocol for rapidly deploying files to multiple targets in a highly networked environment.)

In addition to reliably copying a file from one entity (such as a spacecraft or ground station) to another entity, CFDP has the capability to reliably transmit arbitrary small messages defined by the user, in the metadata accompanying the file, and to reliably transmit commands relating to file system management that are to be executed automatically on the remote end-point entity (such as a spacecraft) upon successful reception of a file.(To be continued)…