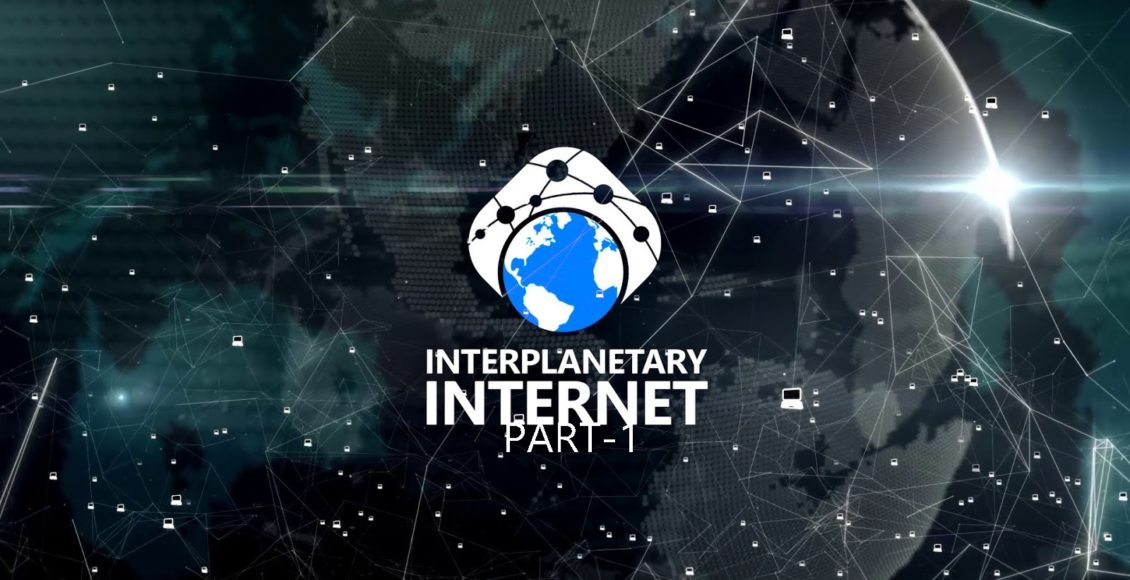 The interplanetary Internet (based on IPN, also called InterPlaNet) is a conceived computer network in space, consisting of a set of network nodes that can communicate with each other. Communication would be greatly delayed by the great interplanetary distances, so the IPN needs a new set of protocols and technology that are tolerant to large delays and errors. Although the Internet as it is known today tends to be a busy network of networks with high traffic, negligible delay and errors, and a wired backbone, the interplanetary Internet is a store and forward network of internets that is often disconnected, has a wireless backbone fraught with error-prone links and delays ranging from tens of minutes to even hours, even when there is a connection.

Space communication technology has steadily evolved from expensive, one-of-a-kind point-to-point architectures, to the re-use of technology on successive missions, to the development of standard protocols agreed upon by space agencies of many countries. This last phase has gone on since 1982 through the efforts of the Consultative Committee for Space Data Systems (CCSDS), a body composed of the major space agencies of the world. It has 11 member agencies, 22 observer agencies, and over 100 industrial associates.

The evolution of space data system standards has gone on in parallel with the evolution of the Internet, with conceptual cross-pollination where fruitful, but largely as a separate evolution. Since the late 1990s, familiar Internet protocols and CCSDS space link protocols have integrated and converged in several ways, for example, the successful FTP file transfer to Earth-orbiting STRV 1B on January 2, 1996, which ran FTP over the CCSDS IPv4-like Space Communications Protocol Specifications (SCPS) protocols. Internet Protocol use without CCSDS has taken place on spacecraft, e.g., demonstrations on the UoSAT-12 satellite, and operationally on the Disaster Monitoring Constellation. Having reached the era where networking and IP on board spacecraft have been shown to be feasible and reliable, a forward-looking study of the bigger picture was the next phase.

The Interplanetary Internet study at NASA’s Jet Propulsion Laboratory (JPL) was started by a team of scientists at JPL led by Vinton Cerf and the late Adrian Hooke. Cerf is one of the pioneers of the Internet on Earth, and currently, holds the position of the distinguished visiting scientist at JPL. Hooke was one of the founders and directors of CCSDS. (To be continued)