Amazon Go: The Grocery Store of the Future?

Since its inception in 1995, Amazon has evolved from being just an online seller of books into world’s biggest online retailer. In the last 20 years Amazon has revolutionized the way people shop with their patented one-click shopping on Amazon.com making buying an easy and painless experience.

Grocery business in United States of America is around $600 billion dollars. Amazon has failed to make any significant mark on this business yet, because buying food is different for most people as it is usually a last minute decision. People want to touch & feel the products in order to buy fresh products. Amazon has introduced services like ‘Amazon Air Prime’ to deliver the products faster to doorsteps but this problem cannot be solved even with drones.

Amazon tried making a dent in the grocery market with ‘Amazon Pantry’ & ‘Amazon Fresh’. However, both these businesses have failed to capture the market mainly because it is logistically a very complex type of Food & Grocery business.

The process is as simple as scanning the Amazon Go app while walking into the store, picking up the products you need & just walking out of the store.

With Amazon Go, A 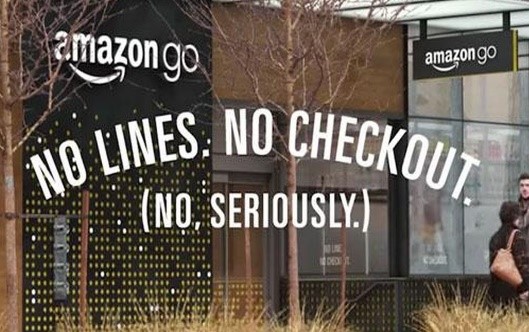 mazon is pushing to give customers the same seamless & convenient experience that their customers experience online with ‘No Lines and No Checkout’.

The customers will be automatically charged for the products they pick up at the store in the app itself. This is done by their Just Walk Out Technology which is a combination of technologies like Computer vision, Deep learning algorithms & Sensor fusion. This completely eliminates the need to stand in a line while checking out which reduces the shopping time & also eradicates the need for cashiers in the grocery stores.

Currently the store which is located in Seattle, Washington is in its beta stage and only open to Amazon’s employees. The store will open for general public in early 2017. Amazon is planning to open around 2000 such Amazon Go stores across United States of America over the next decade.

In Amazon Go, the focus seems to be more on packaged food items like ready to eat meals, small Amazon Meal kits to make food for two in just 30 mins and mostly perishable items.

They also offer ready-to-eat breakfast, lunch, dinner, and snack options made fresh every day by their on-site chefs and favorite local kitchens and bakeries.

Amazon Go feels like more of a threat to the Prepared Food Industry rather than Full-Service Grocery Store.

So what does it mean for all the retail jobs in USA? 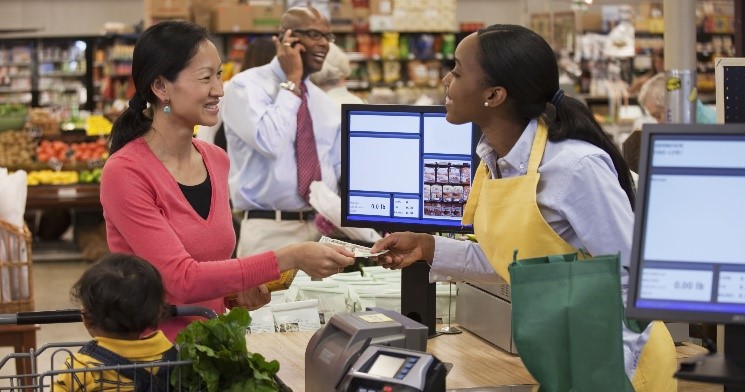 The most common job in United States of America is retail salesperson, with cashier coming in at close second. Both jobs, which together employ a total of 7.8 million Americans right now, are in jeopardy as more retail stores start adopting similar technologies like “Just Walk Out”. As such stores increase in number across USA, it could result in severe unemployment crisis as highest number of employment is in this sector. 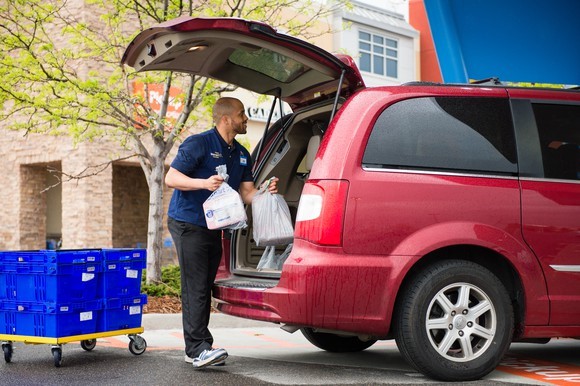 Amazon Go’s biggest retail competitor Wal-Mart are making a big online grocery push, equipping its super centers in more than 100 markets in the U.S. with online grocery pickup capabilities. The Pickup and Fuel stores operate in a similar fashion: an online order for grocery  is placed; a pickup time is set by the customer and the groceries are loaded into the customer’s car by a Wal-Mart employee.

Pickup and Fuel method by Wal-Mart lets customers to fill up on gas while a Wal-Mart employee loads their car with groceries. Since Wal-Mart already has presence in most cities across USA, it is an easily scalable business model.

Wal-Mart has quickly expanded its online grocery pickup service to 100 markets, adding about 30 markets in the second quarter and about 40 more in the third quarter of 2016.

To compete with its competitors, Amazon also plans to roll-out another concept of grocery retail stores with drive-thru where customers will be able to pick-up their online ordered grocery items at a set time by just driving through the store. 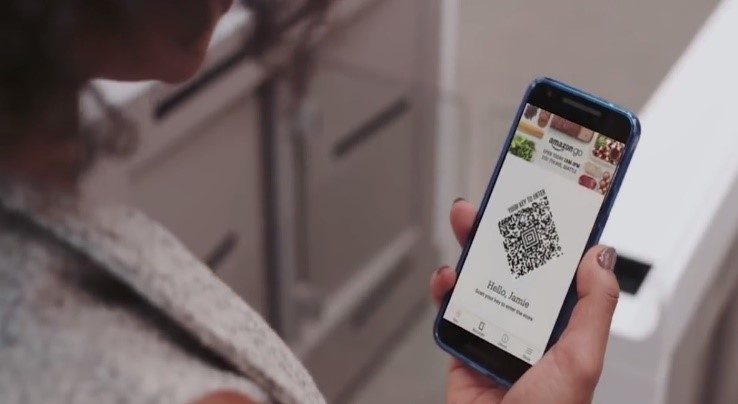 Amazon Go has definitely got people to associate Amazon with food & groceries. With the world’s most advanced shopping technology, Amazon promises to give a much better offline shopping experience than others, which it claims to have done in the online space since last 2 decades.

Be it Amazon or Wal-Mart, the customer experience is sure to be improved with such radical changes using advanced technologies in the grocery retail store sector. As of now, ‘The Future Market’ which was envisioned by IBM a decade back in its RFID commercial seems to have become a reality with Amazon’s efforts.

He is currently studying in a B-School and is interested in Marketing in the e-commerce sector.